When I arrive at the dementia care home I always stop a brief moment to say a little prayer, Please let her be alright today before opening the door into the ward. 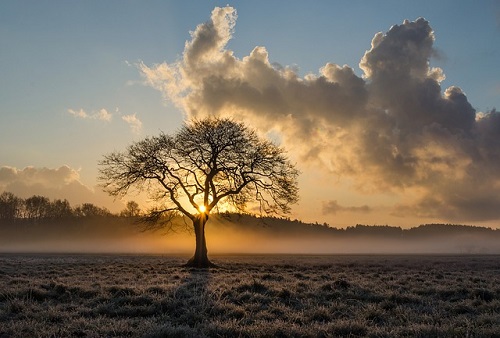 I am partially ashamed of myself for being like this. What I am doing is saying to whoever up there is listening is, please let her be alright because I am not sure I have the strength tonight to help if she is deeply upset or, as she sometimes is, in a state of terror.

I work hard all day and then rush home to eat rubbish, have a smoke to try and cool down after the usual bad day. I wash at the kitchen sink, brush my teeth and then set off.

Sometimes, I am so tired that my face hurts. Yet… I choose to do what I do and hope that I will be well enough when Mam’s journey is over to live on. All, I know is that my face hurts and I have another three days of work before the weekend.

This evening, one of the care workers nodded down the corridor and I receive the usual tired smile. Staff usually take people to sit in the television room to allow them a bit of peace. Mam doesn’t like noise or commotion. How’s she been? I ask.

She’s been alright all day. She was singing this afternoon and it was lovely.

Mam was in the television room at the end of the long corridor wearing Marilyn’s yellow dressing gown for some reason. Still, it looked nice on her. The dementia patients seem to feel free in taking possession of each other’s stuff. Stuff is one thing and calmness is king.

Mam was sort of away somewhere, not upset and it was a big cuddle and I love you again and again. That’s always nice. However, I had to get her out of there quickly because David was busy pushing one of those large uncomfortable Art Deco chairs toward the door. So far, he had pushed all the furniture - bar the one being pushed - into a mess on one side of the room.

Mam sat perched on the edge of her in the middle of all this, suddenly aware of David and quite angry at the mess he was making. I pulled Mam’s Zimmer frame from the middle of David’s sculpture and together we pootled up the corridor. I closed the door to her room as we travelled past. Marilyn was on the move again and tended to walk in and out of any open doorway.

The second time Mam broke her leg in the previous home, she passed almost five horrible and lonely months in hospital and couldn’t walk. Within a few weeks of arriving at this dementia home she was as mobile as could be for a lady in her early nineties.

We sat down beside the colourful fireplace and once more I suggested a cup of tea. Janine came across to say Hello. The number 11 was prominent in everything she said this evening. I gave her a hug and told her she looked beautiful in pink. It really suited her. Janine acknowledge the well-intentioned compliment with a big beaming smile and a peal of laughter. Don’t write off dementia patients.

Janine sat down near to Mam and I did the rounds of staff and patients for tea and coffee orders. I can’t do much to help, but I’ve found that a nice cuppa goes a long way.

Back to David for a short while. I remember sitting at the main table in the lounge a few months ago, where we are this evening. Anyway, I was sat with Robert drinking while waiting for my mother. Robert is an ex-policeman and in the middle of our conversation, he suddenly turned around and said,

'What the hell is that idiot doing pushing that along the railway line?'

David was pushing one of the afore-mentioned Art Deco chairs up the long corridor from the television room. Robert got up and went across to apprehend David and started haranguing him for being so irresponsible. Luckily for David he was saved from arrest and incarceration by one of the carers coming up.

There was that other time when Robert kicked David and complained about him being disrespectful. David never uttered a word of conversation to anyone. Not even his wife. I intervened and told Robert that David had had a stroke recently, which is why he sometimes did what he did.

Curious - and rather worrying these days - Mam tends to stop her anxiousness and relax when I arrive and settles down to snooze while I talk about my day. I haven't seen her awake for any extended length of time for a few weeks now and it is concerning to me, which is why I try to arrive earlier on the weekends.

The problem is that my mother will walk around all day, up and down the corridor, Mary, Gwendolen or Margaret in tow. Her knees are worn ragged by then and reveals itself during the night, I understand. However, at least my Mam was not too upset on seeing me today, which is a delight.

It was easier for me to leave this evening. Easier than usual.  I spoke with the ladies preparing for the night shift and said that I was exhausted by all the lying.

Part of the job, she says. Do it with sincerity and love and it doesn’t count as a sin.

If you find yourself obliged to think about placing a loved one in a care home, then it is important that you research dementia care homes.

I was surprised and shocked earlier on when I was in the small kitchen helping Michael wash cups and stuff and Margaret arrived at the door, face like thunder, and demanded to know why I was laughing at her.

Never, I said. I would never ever laugh at you. She quickly accepted what I said and rewarded me with a smile. I said I'd bring her a cup of tea.

I went back to sit down with Mam who was snoozing to find that Janine had taken my place. I drew up a chair and sought to engage with her mental state and hallucination, but struggled on this occasion.

I have found that the best way is to ask direct questions quickly and she will on occasion respond appropriately. I chatted to Mam, whose eyes were closed, to let her know I was there. She responded with gentle mumbles. Mam felt safe and with her eyes closed could be somewhere without anxiety.

I was worried about Mam on Saturday I must admit. I was there with my cousin and she did not seem to understand or attend to little general questions I was asking. I admit to being very concerned. Although I want Mam to escape from the anxiety dementia causes her, it would mean losing her presence.

What a bastard of an illness dementia is.