If all types of dementias are to stand a chance of being cured then research is absolutely vital. That obviously means that research into finding for diseases like Alzheimer's Disease, Vascular dementia and the rarer forms requires far greater funding. 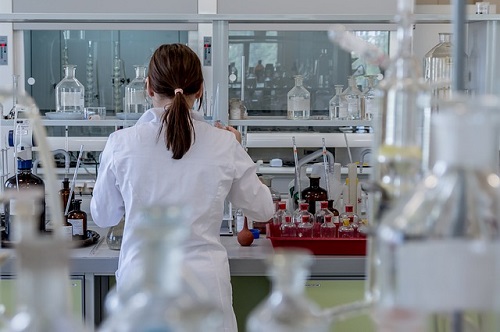 The figures representing the number of people suffering from these diseases are already frightening. At the moment it seems that the vast majority of funding comes from the private sector; however, if we are to make significant headway, then world governments have to reach deep into their pockets.

All across the world, social services and health services are already straining under a burden that will become overwhelming and demand a far greater portion of a nation's income.

Unless a cure or a means of significantly slowing down the progress of these diseases is found then we are all in trouble.

Below, I am listing abstracts and links that will take you to sites dedicated to improving care for these vulnerable people and highlighting where the research is headed.

If you would care to share your thoughts on any item, I have placed a Contact Me form at the foot of the table.

It is extraordinary news about Huntington’s Disease. A medical experiment carried out at the Leonard Wolfson Experimental Neurology Centre in London shows it’s possible to slow down & reportedly reduce cell killer protein Huntingtin, in the brain.  Read on...

When the family of the late Robin Williams revealed that the actor had been living with dementia with Lewy bodies (DLB), it threw a spotlight on a disease that many people had not heard of before.

While DLB can certainly have an enormous impact on people’s lives, unfortunately it is by no means rare.

It may be that awareness of the condition suffers from it sharing features with two much better-known brain diseases – Alzheimer’s and Parkinson’s disease. This overlap can present a slightly confusing picture, in which DLB sometimes gets overshadowed by these other conditions. Read on...

Dementia affects many of us, with devastating effects on individuals, families and friends. While we currently lack effective treatments to prevent the condition, new research is constantly advancing and changing our understanding of the diseases which lead to it.

Just last week we reported news of a study from the US reporting that women who have high blood pressure in their 40s may have an increased risk of developing this illness. Yet it is caused by diseases that attack the brain, so many might ask the question, why are scientists looking at blood pressure? Read on...

In 2014 launched the Alzheimer’s Research UK launched the Stem Cell Research Centre, a pioneering collaboration between researchers at the Universities of Cambridge and London that uses the latest human stem cell technology to understand the biology of Alzheimer’s disease and screen for new treatments. Read on...

New survey results illustrate the ups and downs of caring for aging family members
It's tough, often thankless work done by millions of Americans every day. And people who tend to a loved one with dementia say they're often overburdened, but the task has its rewards, too.

About 5.5 million Americans are currently living with Alzheimer's disease, according to the Alzheimer's Association. It estimates that the bulk of their care -- 83 percent -- falls on unpaid family members. Alzheimer's is the most common form of dementia. Read on...

The trial, expected to begin in the first half of 2018, will include approximately 50 people with mild cognitive impairment or mild-to-moderate Alzheimer’s disease, and test the drug’s effectiveness at slowing or stopping brain cell death. Read on...