My dementia website is not about religion, by the way, unless you consider Love to be a religion. It is about the everyday devotion shown by tens of thousands of us toward those we care who suffer from these awful illnesses.

As a son, I think of Mam's appalling illness as a process of losing her inch by inch or watching someone I loved slowly disappear into the shadows. 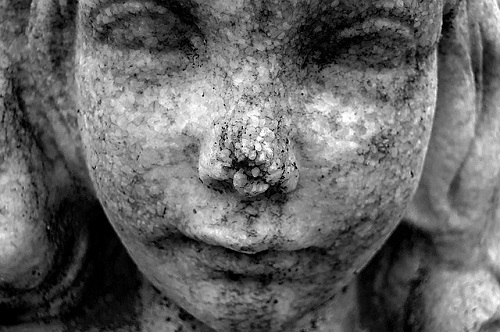 Our Loved Ones Are Fading Away From Us

Someone mentioned to me a while ago that one reason Dementia was not prevalent in old times is because people took to their beds or the back room and were not seen any longer.  Conversations about them would have been in hushed tones. In a sense, these poor people were removed from the living world.

At last we have been obliged by the sheer numbers of people suffering from the illness to embrace the reality of all types of dementia. Most of the people I know are now aware of someone suffering from this illness or who have a family member themselves ill.

We all know about the problems relating to obtaining appropriate care and the cost of that care. It is now a real and a national issue wherever we live. It is a global problem.

About Mam and Me

Call me Bill. I was a carer for my mother for around five years and generally looked after her for about ten years in all.

When the first signs of dementia started showing themselves I sort of kidded myself that it was just old age. Mam was in her late eighties and after all, many people live to a ripe old age without developing this illness, don't they? I just hoped that Mam was one of those and that her gently failing memory was part of the ageing process. Sadly, it was not the case.

I have been holding down a very demanding job for many years now and as Mam's dependency grew life for me became very, very difficult. If you are a carer then you will understand that I am not being selfish in saying this.

Also, because of the poor level of support available locally for patients and their carers, I became very isolated. Other than work, I just dropped out of society.

When it became clear that Mam was showing the early signs of dementia, I think I was rather cowardly because I just couldn't tell Mam that she was slowly losing her mind.

It was then that I learned to be a consummate liar and became an expert. So we worked around it as long as we could. I had no facts about the illness, especially about the symptoms. I was too scared because I was not sure I could handle more pressure.

When I wasn't working I was with Mam, who was becoming lonelier and just not managing. Things kept getting lost and I would receive telephone calls from her throughout the day. I described it to a friend as trying to remote control a situation from more than twenty miles away.

I made sure that everything required was placed in the exact same spot every day - especially Mam's tablets and every evening I would prepare next day's lunch for her. The signs were clear, but I decided that instead of chasing Mam into a home I would look after her as long as I could.

In retrospect, I am now aware that by doing this it was denying Mam proper care and companionship that might have improved the poor quality of her life. I still feel guilty about this.

Other people had begun to notice that Mam was repeating the same questions and stories. Mam's neighbours were very kind and would call on her and she would visit them. When her two best friends died quite close to each other she became more isolated.

Even though I tried to get her to attend Age Well group meetings, she would not – having lost confidence.

Fighting Dementia to the Very End

People have a tendency of believing that those who suffer from dementia in most of its forms lose their intelligence. Mam suffered from what I regard as ‘temporal displacement’ but still remained an intelligent woman.

Mam did not fall into a world of pleasant hallucination as many I came across. I was so envious of them because Mam continued to try to rationalise and this brought her up against very painful conclusions.

Things came to a head just over three years ago now when Mam suffered a UTI (urinary tract infection). From then on Mam was either in a hospital because of infections or each of two leg breaks suffered in a local care home.  The alleged specialist nursing home for dementia patients proved inadequate because of low staff numbers.

I was with mam when she died. It was peaceful. I was sat next to her in a local hospital, holding her hand and discussing clues to a crossword book as she slept.

This is not a sponsored site and therefore in order to finance it I have placed advertisements on my pages.

I am certain you know how they work. I hope that you find that the attached adverts offer you interesting items and opportunities. I receive a commission for each advert clicked which will go toward financing the maintenance of this website.

By means of such financing I will be able to carry on presenting useful facts about dementia, its treatment and possible prevention.

Whether or not you choose to click, there is no need to worry because this information is still there for you because I hope it will be useful for you.

Go to my Carer Diary