The symptoms of dementia can be as varied as the cause itself and the area of the brain damaged.

As with all dementia types, the progression of the disease varies from individual to individual depending on scale of injury to the brain and also on that individual's constitution and resistance.

As with many dementia types, it can be difficult to attach a specific diagnosis in the early stages. 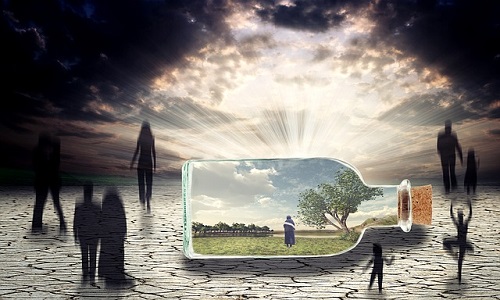 Because of the relentless and currently incurable progress of the disease, an early diagnosis is vitally important. It is important not only for the long term management of the dementia, but also to make any arrangements for his or her family and to put in order decisions on end of life.

Below are listed the more prevalent forms of the dementias we have encountered thus far.

In Alzheimer's disease the symptoms of dementia are mild and may be attributed to the ageing process as we become more fragile in our memory and ability to take up information and process it.

Alzheimer's is a disease that is progressive and the interference with daily life become more and more significant and noticeable to people close to the person. As it progresses, Alzheimer's disease causes problems with recognising the familiar - especially close family and friends. There is a difficulty with communication and language as the person struggles to understand complex sentences and to find the right word. As the toxic-protein generated disease migrates across the brain, there is an increase in irritability and anxiety. Also, one loses the skill to move around the world in both familiar and unfamiliar spaces.

The symptoms of dementia that arise from vascular dementia are stepwise as parts of the brain are damaged severely or die-off because of strokes, blood vessel disease and, it is thought, a genetic source.

A person who has suffered a stroke is in danger of suffering more such events. Not everyone who suffers a stroke develops Vascular Disease. However, those who present with dementia symptoms that do not improve should seek urgent medical advice.

As with many types of dementia it the location of the death of of the nerve cells that defines the person's dementia. But in general, the symptoms are all too familiar with gradual memory loss, disorientation, confusion, loss or problem solving skills and great distress and anxiety. As vascular dementia progresses motor skills become impaired with loss of balance and change in gait.

This type of dementia is suspected when a person presents with the symptoms of dementia that can be attributed to a combination of dementias: Vascular Dementia, Alzheimer's Disease and Dementia with Lewy Bodies.

It is an identified progressive disease where the brain is damaged not only by the toxic amyloid plaques, but also by infarcts caused by strokes and damage caused by vessel disease. The symptoms of dementia associated with Mixed Dementia may be primarily of one disease; however, symptoms can be presented that are clearly indicators of other dementias.

Consequently, dementia symptoms are varied according to location and progression and - as mentioned elsewhere frequently on this website - progression of the disease is dependent not only on the specific areas damaged in the brain (memory, thinking skills and movement), but also the dementia patient's innate constitution.

A person with Dementia with Lewy Bodies will generally present with the symptoms of both Parkinson's Disease and Alzheimer's. There is a combination of the gradual memory decline and failing cognitive functions of Alzheimer's and the strong physical symposium of Parkinson's with tremor, loss of fine motor control and serious mobility problems.

As its name suggests, this dementia arises from damage to the frontal and/or temporal lobes at the front of the brain. Although this dementia can be distinguished into a number of individual dementia conditions in the early stages (Behavioural Covariant FTD, Semantic Dementia, Progressive non-fluent Aphasia.  It is a very rare disease that mostly affects people between 45 and 64 years of age.

As Frontotemporal Dementia progresses into greater severity all differentiation is lost. Dependent on the type of FTD the symptoms of dementia vary according to the area of the brain that is damaged and the specific dementia condition that prevails. In the early stages of FTD there can be very significant behavioural changes, loss of inhibition, Lack of awareness of any changes in personality or behaviour, motor problems that worsen, twitching muscles, decline in language skills.

These conditions  can also combine with and complicate other dementia types. There are, sadly, more dementias.  As if each disease wasn’t bad enough on its own.

Mild Cognitive Impairment is not a dementia, although it is thought that all people who develop Alzheimer’s Disease have suffered from MCI. This is a condition best described as what happens to anyone who lives under constant and relentless pressure, which most of us have during our lives. This could be caused by depression, death of loved ones, work or health for instance.

The symptoms of Mild Cognitive Impairment can be worrying and might be mistaken as a mild representation of the symptoms of dementia.  In essence, problems with memory, decision-making, losing the thread in conversations and also problems with vision.

Persistent heavy drinking will inevitably cause brain damage, including shrinking of the brain in the frontal lobes and of the cerebellum. Frontal lobe damage impacts mainly on motivation, empathy and social behaviour, Shrinkage of the cerebellum causes loss of control of balance and posture. However, if heavy drinking stops early enough then the condition can be stabilised or even reversed in some cases.

And as it perfectly clear by now, if the attack on the brain through heavy drinking is not stopped the likelihood of going on to develop the symptoms of dementia is very high indeed. Many alcoholics develop Wernicke-Korsakoff Syndrome which presents familiar early stage dementia symptoms, such as memory decline, concentration and problem-solving skills.