I was advised by my brother that once Mam was placed in her first dementia care home that we should leave her there for at least a week and not visit. The idea, apparently was that she should hopefully become accustomed to the place and company 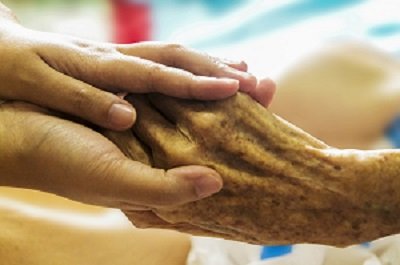 Addressing the isolation of dementia

In other words, we were incarcerating my Mam to break her. Dear Lord! That thought smacks me good and hard some days. I didn’t do it, by the way. I didn’t have the heart. I wouldn’t have been able to live in my head and heart.

Love is the Anchor and Plenty of Lies

I had taken care of Mam throughout her illness, from the early days when we lied to ourselves about her forgetfulness, to when she was unable to stay in the house alone any longer. I tried to find time for myself in my own home, promising that I would be there before ten o’clock. Each week night my younger brother would stay with her. I would make sandwiches for her lunch the next day and leave.

Mam would call me long before ten o’clock, fear in her voice and close to tears. Darkness brought enormous fear for her. I picked up two bottles of beer and then headed across. We would watch Mrs Brown’s Boys and even the football. It didn’t matter to Mam what we watched, if she had company in the house that now haunted her.

So, there was no way that I could leave Mam to be broken by isolation in the middle of people far more advanced in their Alzheimer’s and various other dementias. While the illness was damaging her memory, it did not affect her intelligence. Mam knew that something was desperately wrong and feared that she would never go home again.

It upsets me deeply to remember that it was I who took her to the home. It was my job. Everyone knew that Mam could no longer care for herself, but it was me who was brave enough to act even though I knew it would mark me forever. And it has.

Mam knew immediately what was going on. I had to lie that it was only for a short while and that she would be home in a few days. I lied with such precision and conviction those days. This skill became even more refined as the disease took more and more of her.

Dementia is such a technical illness with each person progressing through the illness at their one pace unless general health issues intervene. I decided in the early days not to investigate the deep science attached to this illness.

I decided to commit myself to her care and continued care by focussing on happiness and reassurance. We would deal with each crisis as it arose.

In the first dementia care home run by the county council, I found it was being run down by lack of infrastructural and structural funding. It was an old people’s home and not suited to caring for Alzheimer’s patients. There were too many corners in the building and not enough staff to monitor around each corner. Dedicated staff was being undermined daily by cuts.  Permanent staff were leaving to be replaced by casual staff. It really was an unhappy place, badly designed and inadequate for people with dementia.

Yet, I cared enormously about the staff. I have found that with so much crap going on in my life then, the work place, so little family support, other than my cousin, that the best support was to be found in the care home.

The second time Mam fell and broke her leg in that home I was at work and in the silence of the person on the other end of the phone I had to sit on the floor. I felt like crawling into the corner and crying.

But like every Alzheimer’s, dementia carer, I got up, told the boss what had happened and headed for the Accident & Emergency at the local hospital.

That second leg break was when things started turning vicious in the workplace. I was told a few days letter that there was no compassionate leave for that major incident of a very elderly lady breaking her leg again.

The time looking after someone terrified and screaming in A&E would have to be taken out of my annual leave. It got much worse than that.