There’s Always a Bloody Clock Ticking Down to Zero

Maybe…Maybe the person who told me that we should leave Mam alone as a dementia patient in a care home might have been right. Maybe, she wouldn’t be as she is now, wandering around the care home calling out my name incessantly; day and night. Maybe, I should have… 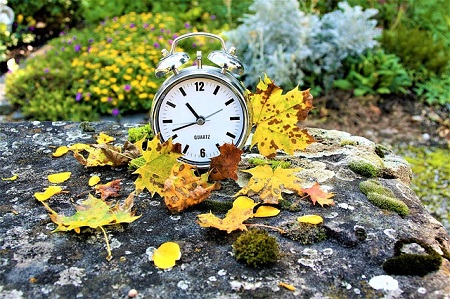 Time always running away from me. Tick-Tock, Tick-Tock

The truth is that toward the end of Mam living at home - when the illness finally became too much for my bother and I - it was the darkness that accelerated the destruction of her confidence. It was anticipation of the darkness as the days drew in, the Sundowning Effect.

As Mam’s dementia worsened I was receiving telephone calls in my workplace throughout the day. Mam’s quarterly telephone bill for the last three months or so was £330, which is massive.

I think we kept looking after her at home too long. Neither of us could afford to stop working and we were selfish because we couldn’t handle the thought of Mam not living in her own home. Our desperate need not to lose her meant that she suffered alone during the day for too long.

I suppose many people caring for people suffering from one of the dementias will understand this. It’s not the forgiveness of others we should be seeking, but forgiving ourselves.

Sanity is a construct and a Spectrum

Janine was more lost than usual this evening and I was very surprised to learn that other members of my family had visited this afternoon. You may think that I am expecting too much and that I should accept that people want to remember Mam as she used to be. My argument is that Mam still IS. No matter what her condition she REMAINS and would never have abandoned any of us.

There was a distinctly odd mood among the carers. Something I've done wrong, I wonder? I think it can’t be me because I am constancy itself in my gratitude for their care. So, I choose to dismiss whatever it is and make teas and coffees as usual. Management again, I wouldn’t be surprised.

Mam is snoozing in an armchair and I find her in a mellow mood as she wakes up gently. Her eyes shine with delight and the usual desperation is absent. Mam is woozy, but not from medication I think, and tells me a story that does not tie together. Even though it was confused I give no indication of that. Tired as usual, I do remember that it was about losing a coat and leaving it on a gate post.

Each dementia patient is a time machine who travels back to a reality once lived or partly remembered. It does not seem to be a flight there and back as for us but of inhabiting the space and time and even seeing that reality manifest where she is now. So much of reality is our own construct and maybe the world as we see it is the result of collective group psychosis.

Monitoring the Progression of the Dementias

I make Mam a cup of tea and a strong coffee for myself and ask for the iPad I’d asked her to keep in case Sofia or Gwendolen come on the prowl and make a grab for it. Mam would snarl at them and even lash out at them if they did.  Therefore, it’s best to avoid conflict before it begins.

Mike, the team leader of the dementia carers, suggests that we come and sit at the table where he is compiling each carer’s case notes of today’s activities: Who has eaten what, Who hasn’t eaten, Who’s been to the loo, Who is either too loud or too quiet today.

By studying each patient’s records over an extended period subtle changes become significant and movement backwards and forwards across the different stages of dementia become apparent.

The management of the illness and anticipation of the next set of symptoms of dementia is important and is all aimed at reducing the distress, anxiety and depression felt by the patients, the people.

A Television Makes a Home – For a while at least

Mam and I had watched a BBC programme of a naturalist travelling gently down the River Shannon in Ireland in a canoe. Mam was in a pleasant mood because of the beauty of the river, the wildlife and the soft and gentle lilting Irish brogue of the canoeist-presenter.

Viewing that programme drew Mam in and was a clear distraction for all the turmoil in her mind. Her face relaxed and the smile told me she was in a gentle transcendent state of being; hoping that there would be a lasting after-effect.

Margaret and Gwendolen had leaned over to watch the journey down the Shannon and been captivated. It was striking enough an event for the carers to be fascinated. I’m sure that Mike made a note of it in his case notes. There was an observable few minutes of escape for the patients from their individual dementias.

I suggested that maybe there should be a flat screen television on the wall showing similar hopefully effective programmes. Vernon shot down that idea by saying that David would probably rip it off the wall. Laughing, we all agreed with him.

Mam unwrapped the sweets I’d brought and shared around. I had learned that Janine was a mild diabetic but it was alright to give her a sweet now and then. Dear Lord! Janine relished those sweet chocolates with a yummy smile and wide, delighted eyes.

We then watched another BBC Natural History film. This time about a vet in Guatemala endeavouring to save injured wild animals. Mam was delighted by the colours of the macaws and loved the cute little monkey that the vet pulled out of the box it had been transported in to the clinic and told me so. Gradually, Mam fell into a gentle snooze.

Am I Part of the Problem?

Margaret was being hassled by Mary. She was a bloody nuisance this evening.  Margaret leaned toward me. Do you have a minute to help this lady? She's giving us instructions, I think. Margaret rounded off her words with a big theatrical wink.  Formidable or what?

Vernon, who had stopped behind us to watch the programme and gently distracted Mary away. Shall we go and get you changed into your nice new dressing gown, Mary? And off they went followed by Heather.  I do not think that Mary hallucinates as much as others do. I believe that she suffers delusions. This evening, I think she had chosen to believe she was in her bakery.

Margaret rolled her eyes in relief and asked if I had a cigarette.  I’m sorry, I don’t smoke, I lied.

As ever, Mam woke up just in time for my leaving. Teatime sets Mam off for a sleep and she generally wakes up between half seven and eight. We watched Songs of Praise and then a bit of Countryfile. By then Mam was bright and awake. Eek! I will become a cause of distress again.

I have discussed this with the staff on many occasions and the overwhelming consensus is that Mam is far more settled when I am here, and it is important that a dementia patient feel secure and forget about his or her anxiety for a while.

This morning I managed to cut the grass and managed a bit of a walk up and down the road -  about five miles in all.  I lifted some perennials from the back garden and put them in pots.

There is more weeding to be done and, somehow, I need to find the time to clean the inside of the greenhouse.

Time is always running away from me. There is always that clock ticking down to zero. Again, today. There are other people out there dealing with dementia who are probably far more organised than I am. I don’t believe that anyone can be as bad as me.

I no longer try to live my own life. Instead, I have just abandoned it.