I am sure that my brother did go and visit my mother this evening, even though he had a meeting the other side of Stoke today. I am beginning to think that he is cursed by the same sense of guilt over abandonment as I am.

During that last period of time when Mam lived in her own home and really falling into a world of anxiety and fear, I would leave work bang-on-time rush to my own home in the middle of nowhere, despair at the mess it has become because of lack of time and smoke a cigar as a counter-hit to yet another desperate day at work.

I would then strip at the kitchen sink and have a rub down with a cloth (the basin in the bathroom is too low for me). After drying myself I then left for Mam’s. Just before I put the key in the lock, I would say my usual Russian Roulette Prayer and then enter with a robust Hello! My brother would be sat with Mam, each with a cup of tea and watching Escape to the Countryside or Flog It. 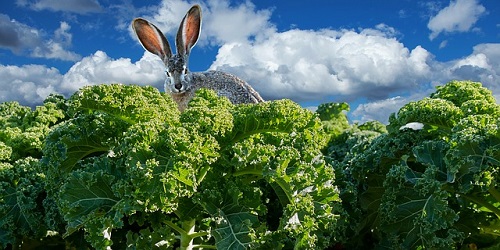 What you lookin' at?


The Importance of Stimulation in Early Dementia

My brother and I are a double-act, as reassuringly normal for Mam as we could be. Nothing is ever wrong or if Mam felt it was it was swiftly dismissed with easy confidence. He would head for the shower and then to his girlfriend’s house. Mam and I would cook tea, eat while watching Great British Train Journeys and then get in the car for a bit of Four-wheel Psychology.

It’s worth remembering that when we are very unwell there is one thing which we become expert of and that is our immediate environment. In the end we begin to feel incarcerated by our surroundings.

When Dad was alive we constructed a little raised stage from breeze blocks outside the garden window on which we would arrange as many plants of different colours and size as we could. Bees would entertain and there was a small pot full of water just below the window that attracted a seemingly endless parade of small birds popping by for a drink.

When Dad was unwell I would arrive home to be regaled by tales about the fights between male and female crows building a nest in next door’s large sycamore planted for Plant a Tree in 73. There was a great deal of rowing apparently. Just like your mother and me, he used to joke. You would catch him sat by the window staring up at the tree with a smile on his face. He would turn suddenly. They’re back!

Dementia, Four-Wheel Psychology and a Wotsit of Hares

For my mother, no matter the weather, I would bundle her out of her chair and we would generally follow the same route every evening. Dad used to say, Let’s go for a drive around the block. We did the same because it was Mam’s locality when she was a child.  We had discovered a very large field in the middle of nowhere where hares seemed to congregate regularly.

There is small highpoint on the narrow road beside the field where we would stop to scan for our hares every evening. Hares are very difficult to spot at the best of times, but we became very skilled at differentiating their camouflaged forms from the tussocks and weaknesses. The most we saw on one visit along the whole length of the road was twelve. Spotting hares was always a good evening of distraction from her agonies.

Like many dementia carers in all but name, I used these trips to gather up as many stories as I could from Mam about her youth: where she taught a wartime evacuee from Liverpool how to cycle; where her friend caught the manager of the local quarry engaging in the beast of two backs while everybody else was at the agricultural show; where her best friend had broken an empty quart milk bottle across the head of someone who tried to rape her; where she used to push the pram bearing my now long-dead cousin. And so on…

I would bring up many of these stories when silence and too much thinking befell Mam. Of course, by now they have become meaningless because Mam no longer remembers; such is the curse of her vascular dementia that the stories of her life in the heart of the countryside between the wars now depends on my friable memory.

These Four-Wheel Psychology did a lot of good and she always looked forward to going out after we had tea. Even in the depths of winter. We would visit a nearby seaside town on these dark nights and park by the pier near a large hotel to watch middle-aged and elderly people enjoy themselves learning how to dance. It seemed to be light music interspersed with apologies.

My brother would be back by about 10:30 and I would then drive home, generally fail to do some of my own work, smoke and drink in despair of Mam’s health and of work tomorrow. These were comparatively happy days compared to where we both find ourselves now.

Court of Protection, Power of Attorney and Deputyship

With my brother sat by Mam in the dementia care home, I had a ton of stuff to get through. We have been advised by our solicitor that the two of us should apply to the Court of Protection to be Deputies to legally look after Mam’s Welfare and Finances.

Deputyship in the United Kingdom is just an extension of Power of Attorney employed when people become incapable of making their own decisions or giving instructions about their finances and welfare.

In the UK we require a statement by a psychiatrist and her doctor; the latter of whom needed to be paid. I don’t know if the Mental Capacity Act insists on payment, but there you are.

I later found out that we had only applied for Deputyship to look after her finances and not her welfare. It was me who filled in the form, got my other brothers to sign the documents sent to them to accept that my younger brother and I would be the Deputies.

We paid just over a thousand pounds for the solicitor’s stamp after doing 90% of the work ourselves. That was months ago and the paperwork has just come through. To apply to be Deputies for Welfare as well would cost another £1000. We left that. It would take about six months to achieve anything.

We need not have worried because we found that in making decisions about a person’s welfare the Mental Capacity Act uses only the word Deputy and it does not differentiate between Financial or Welfare. So that was £1000 saved for Mam’s care as a dementia patient.

We weren’t told that by the solicitor. We found out for ourselves One less expensive holiday this year for the Bastard… sorry, Bitch.

I had a ton of stuff to do because the Court of Protection will be giving me a grilling over the phone tomorrow about Mam’s accounts. A letter will be posted at each of her two banks. One is for her main account and the other is where I transferred £50 a month for Christmas presents and stuff.

I collected the details of her utility bills and organised the papers as best I could. My colleague in work tells me that I file using a different alphabet to everyone else. I insist that I am being underpaid to be clever and sort out the impossible and expecting me to know the alphabet as well is way above my paygrade.

I Will Have to Throw My Brother Out of His Home

My brother will have to start paying for electric, gas and council tax very soon. We left matters as they were because we could and because we didn’t have the pieces of paper from the Court of Protection to legally make changes yet. The house was being maintained in good order and with someone sleeping there it would be safe from burglars and Ne’er Do Wells.

I suffer pangs of severe panic sometimes, because I know that my brother is in danger of being thrown out of the home he has lived in since 1962. This would happen if the bills for Mam’s dementia care started to go through the roof.

Thankfully, part of Mam’s fees is paid from a Nursing Care Component in acknowledgment of her dementia and increasing frailty. As her condition worsens and her nursing care needs become more profound, the National Health Service will assume the full cost as Continuing Care.

Mam is strong, and I worry that we’ll bankrupt her estate and need to sell the house.

I have tried to isolate the causes of my exhaustion. Here is the list, in no particular order, of probable causes:

What the Hell! I was close to dying when I was a child and no-one ever walked away out on me. I wish I could give up items #4 and #5. Sadly, there is no respite in sight to practice this.

I hope that the person from the Court of Protection I speak to is aware of the ‘Protocol for Dealing with the Exhausted and Alphabetically Incompetent’.