Janine was trying to sleep and did not wish to be disturbed.  She kept pushing away with her hand any sense of someone being close.  Mam sat in her chair as usual snoozing after tea and Gwendolen was seated next to her.

Now and then Gwendolen would get up, looking around and searching with a perplexed and pained expression on her face. She was ready to set off on one of her missions again. I wonder where she was going this evening. 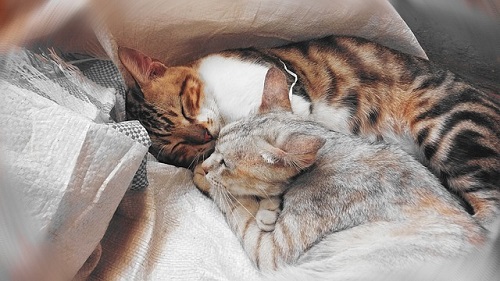 Giving a dementia patient a cuddle proves to them they exist

I was on teacup protection duty. Sofia was on the hunt and irritating the carers at the big table. No, Sofia. Please leave my cup alone. Even the ever-affable Michelle was beginning to lose patience with her.

Margaret was not in her chair watching everything going on about her with serious fascination as usual. She was out for a ciggie with one of the carers. I think that I told you that many of the dementia carers here seem to smoke heavily or be sucking and exhaling copious volumes of smoke, or is it steam, from one of those electronic cigarettes devices.

Arriving back from the kitchen I saw Mam's thick and soft throw blanket on Margaret’s chair. I grabbed it and wrapped it over Mam before Margaret could realise it was missing. I picked up and started folding a sky-blue blanket cast aside by one of the dementia patients when Margaret came back in with Michelle and asked me if she could have it.

Always good manners and a smile encouraging you to obey from Margaret. Of course, that is unless you are Michael, David, Sofia or Mary, which generally elicited a Bugger Off! or a Go Away! for their constant intrusions into her personal space. She called across to me.

Excuse me! Excuse me! Did you come here by car today?

Oh, Dear Lord. We were heading for the bus again. It had been an item of enquiry earlier and I had told Mike that I was exhausted by explaining that it was Sunday and the bus would be best travelled on tomorrow morning – no lie required this time, for once in a very long while.

Margaret seemed to have accepted this until she started asking Gwendolen, who had just pulled in at our lay-by, whether she was going for the bus this evening.

Gwendolen responded in her best Sunday School voice and I couldn’t understand a word she was saying. Margaret looked to me for assistance. I sort of translated what I thought one was saying and shouted the response across to the other, who was profoundly deaf.

Michelle and June thought it highly amusing to watch and listen.

Always a Willowy Blonde in the Front Row

The iPad came out once again and Mam and I watched Songs of Praise, which happened to be from a nearby village. Not much of a congregation we both agreed. Everyone had been pushed together into a block in the centre of the chapel and the camera work made it obvious that they were dancing across empty spaces.

I have noticed that the producer will almost always put a willowy flat chested BBC-type blonde in the front row and keep coming back to her.

I told the carers that Mam had been a Sunday school teacher and organist in chapel. I kept turning to Mam to remind her of this and she smiled along with the occasional Yes. All of this adds to the information records that the dementia care home staff can raise in helpful conversation with Mam and all the other dementia patients.

Your Mam is much more settled now, Mike called softly across to me.  Heather sat with Mam most of the afternoon because she became very disturbed and fearful of not having food for you boys. Both sat and made a list of what they should go shopping for later. Apparently, this helped enormously in reassuring and calming Mam.

Dementia home carers who treat caring as a vocation tend to be intuitively skilled in knowing how to talk to dementia patients without patronising them. A good carer always protects the dignity of the dementia patient.

Both Mam and Margaret are both sharp enough to know when they are being patronised and find it infuriating when anyone, mostly visitors, treat them as if they were little children, lesser people. I’m still in here! they rage

Caring is Not Enough. You Must Show Love

Sofia was not very well this evening. The constant pursuit of tea cups indicated this. Sofia was trying to achieve an objective that had significance for her alone. That she was not allowed to take the cups denied a satisfaction known only to her.  But a hot cup of tea is still dangerous for the elderly with such frail skin.

Sofia’s smile was strained, and she would frequently be on the verge of tears. Someone would go over to her and put an arm around her, allowing her to pour out her heart and her anger and frustration. That one couldn’t understand the words is irrelevant when the emotions are plain.

On one occasion Sofia was distracted from her anguish by Heather who pointed out that I had a silly little beard and what did she think of it. Sofia smiled through her tears and reached for me as I presented my hirsute chin for inspection, which she rubbed gently and said, Nice.

It wasn’t often that Sofia spoke clearly and appropriately. If all it took was my allegedly silly little beard, then I am always open for business for her. I love these people.

Mind you, if it had been Gwendolen then I would have been fearful of a slap and strangely feel guilty for something I hadn’t. That’s what a good chapel upbringing does for you. 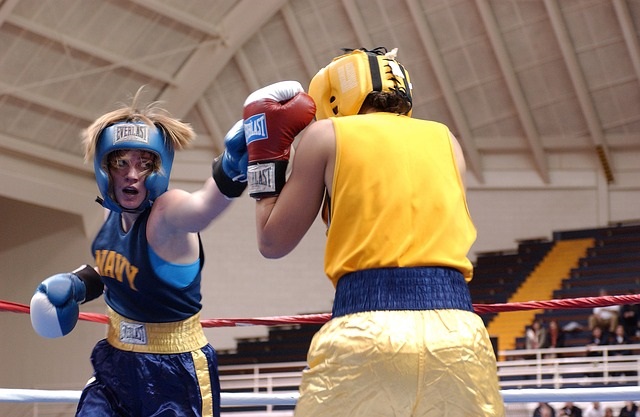 When Gwendolen swings get ready to duck

What is Sofia’s Purpose?

I’m sure I mentioned previously that there is always a purpose behind most actions, as there with all human and animal behaviour. The purpose behind Sofia’s cup stealing, Gwendolen’s kleptomania and David’s tendency to ripping things off walls and rearranging furniture obviously is a real re-enactment of some previous motivation.

I think that David used to be an electrician and maybe Gwendolen knew poverty in her younger years and is accruing goods against future famine. But the cup stealing has me baffled.

June was going flat out as usual and when someone was without a cup of tea she got up and I told her to sit down and hurried off to make one.

It pays to earn browny points with the carers who have probably gone that extra mile for Mam and the other residents so many times today.  The tension between staff and management remains palpable.

When Mam went to the loo June told her that I was going to wash the cups and I'd have a cuppa ready when she was back. When I did come back Mam burst into tears and kept repeating that she loved me and reaching for me.

I told her I loved her too and got down on my knees and gave her a big hug. It took a few minutes for her to calm down.

The fact that I get down on my knees to give Mam a big hug really impresses the female carers. Where are you Natasha?

Fun and a Lesson

There were plenty of staff this evening, including the lovely Natasha. I wonder if my exhibition of affection impressed her any. If it had or had not, I don’t know. She just smiled at me; a smile that occasionally let me know that she knew that I was looking at her and that she also knew what I was thinking. NO date then.

They all said it felt strange to have so much time left before going home and I suggested that this is how it should be. Patients settled, the vulnerable in bed being monitored occasionally and time to just be talking and joking with those patients still wandering about or sat in contemplation.

The staff were in a daft mood at times and Valentina, the nurse, asked me how it was I could trust myself to such a crowd. Easily, I answered. Coming here really is a vacation for me.

Janine was not best pleased when they woke her up to change her incontinence pad and Natasha was given an induction into what she could expect from Madam. The shouts from Janine’s room were loud and Heather and Natasha came out checking for bruises and scratches.

No matter how gentle and kindly it is done, it remains an invasion of personal intimate space. Robert and Charles really put up a good fight. Thankfully, the embarrassment is quickly forgotten; however, at the time it is real and probably particularly frightening for the frail men not in the latter stages of dementia.

Last week, one of the young carers concerned for what she thought I might be thinking told me that it might look rough what they do on occasion.

We do it for their own good. That might sound a bit callous to someone from the outside. We’re helping make their day better and more comfortable. Clothes must be changed. People always feel better if they are clean and fresh.

People need to be distracted away with an arm around the shoulder and soft words when they are causing havoc.

Valentine, our nurse, will even remonstrate with a patient. After all, it is a normal human response to bad behaviour.

Memory loss is a gift when there has been upset and anger because that individual event slips back and into the darkness; Forgotten.

There was a lot of talking across the room, dementia carers with each other and the residents. June got up and went across to Charles who had been sat pointing aggressively at some barbed wire and an open gate swearing about some Bloody Fool.

He brightened up when June approached him and tickled him, which he loves. It's not just the tickling, I suppose, but the physical contact of another human attending to you. That you are worth tickling. Natasha where are you when I need you.

Poor Robert remains in a very poorly state for the last few days after a beautifully joyful period last week. He stood inert and almost catatonic, head bowed and distraught eyes searching about within.

I realised that I haven't been holding Mam’s hand as much this week. Not neglect of duty, but that it wasn't needed, and she was sometimes alright, but I kept stroking her arm.  Mam was asleep when I left and I asked them to tell her that I'd gone to fetch milk.

As I was leaving I told them I was going for the bus, which brought a great laugh.

Gwendolen had been sleeping so deeply that afternoon that not even her daughter could wake her up. Gwendolen is now a night person knocking on windows and shouting into the darkness to some imagined person below.

She was very put out that she had not seen her daughter. June told her she had to go home and couldn't stay because she had to go and feed the chickens.

Julie had to turn away laughing to herself. I don’t believe I just said that.