I am always exhausted by Friday and generally feel very unwell. There have been recent occasions when I am worried for my safety while driving – and that of others - and I’ve had to pull off the road for fear of fainting.

When I arrived this evening, the staff were around the table and Janine was sat with them offering entertainment. I looked around and my Mum was absent. Vernon told me that she'd had a very bad day on the whole and was in bed, exhausted and having a sleep. I thanked them and headed for her room. 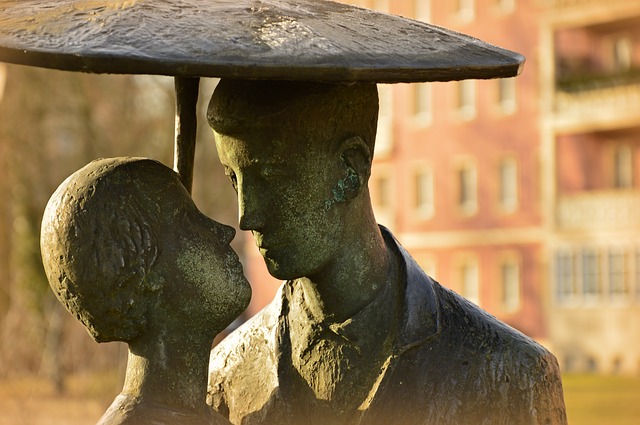 Mum was on the bed in her nightie and her legs uncovered. She was hot and so without disturbing her, I went to fetch a chair from the dining area. When I returned, she was awake and rather distraught, so I sat in the safety mat on the floor next to her bed instead of the chair and held her hand.  She told me again and again that she loved me and had been waiting for me to arrive.

I sat and talked about my day and about the women threatening to kill herself if I did not help her. It didn't really matter what I said, as long as I was there to talk to her. I mentioned a few other items and she drifted off to the sound of my voice.

Vernon popped in and whispered that Mam had had a very bad afternoon, she was so heartbroken that she could not be consoled. It took Julia a lot of time to settle her. God! how we are blessed with these people.

Vernon and I talked in low voices for a while about her and then he had to leave. He was on his break and had come over to chat. I sat a while longer with Mam who was sleeping so lightly that she would arouse in a semi-stupor and encouraged her to sleep. The best thing to do on these bad days is to have a bottle of beer and go to bed and sleep it away. She slept as I continued talking to her.

A house of comforting lies and innumerable kindnesses

I listened to her breathing, which, thankfully, was not strained. And when I felt that she had settled down to calming sleep, I went to make the staff a cup of tea, but they all already had one. It turned out that someone had come up from the downstairs ward and made them all a cup.

I remembered that box of chocolates and a went and opened the box and poured some on the table. As ever, Vernon was in like Flynn and grabbed the box from my hand and set to search for his favourite to the sound of great laughter. He’s supposed to be on a diet.

I squatted down next to Janine and offered her a chocolate, which Mandy helped her open. Robert come up to me and asked if it was alright for him to stay the night. He just needed a second room and Gerald assured him that it was perfectly alright.

Vernon took him and showed him the room demonstrating that it was a single bed and the en suite. Robert seemed happy and as I wandered away he had a big smile on his face. We were all relieved and delighted for him, because he had been having a few really miserable days. He was in a more pleasant Elsewhere. How the poor man has deteriorated.

When I went to check on Mam, I found her struggling to get out of the bed. It was too low for her to lever herself, so I lifted it up with the automatic device but to no avail. Vernon came in and so we helped her up, put on her lovely dressing gown and brought her to sit the lounge. She kept staring ahead, observing that this was a big room and wanted to know where my brothers were. So, I lied as usual. So easily.

I was asked why I didn’t become a care worker myself. I told them that it was work that I wouldn't mind doing but couldn't afford the wages. It would have been alright if there was a second income coming into the house. I admitted that it was the intimate stuff I couldn't handle. Vernon told me that the sense of delight at being trusted was a gift and a privilege.

This was a house of comforting lies and innumerable kindnesses.

When you can do nothing else, then let love be the anchor

Currently, when it comes to the facts about dementia treatment, then holding a person's hand and being a loving friend still remain the  most important components.

Dementia treatment is sparse and Caring is everything

I made Mam a cup of tea and we sat and I put Songs of Praise on as usual and Mam really seemed to be enjoying it. We sat there for quite a while. It was very quiet and eventually Gwendolen woke up and thankfully was in a very pleasant mood. I put a few chocolates on the table in front of her and she thanked me.

It was nearing the end of the day shift and the exhausted staff made themselves ready to go home and on their out and told me they see me tomorrow, or Sunday or Monday. They know my routines so well. No sign of Jane still suffering from the hangover of her birthday. It had nearly laid Vernon and Ger flat.

Carys and a temp from Prestatyn were on the night shift. If Carys is here, I feel fine on leaving.

It was time for supper and so I collected the spare cups and told my Mam I was going to wash them. She smiled and I was glad she was in a better place for a while. Carys threw me out of the kitchen for being in the way.

Tonight, I named Sofia the Tea Monitor, which brought a smile from Francis.

The plan was to bring everyone together in the dining area to have a bit of supper together.

Mam’s eyes were shut as I told her I was going to get some milk. I asked her if she needed anything and she didn't.

I whispered my goodbyes and thank yous to the staff and left slightly earlier than usual.

Postscript: Keith the Cat offers comfort, but no dancing girls

I have been ignoring Keith the cat for quite a while because I have been so tired and so before dong and Elvis and leaving the building, I spent some quality bloke time with him in the reception area.

On the way home, I popped into Aldi and bought some food and perused the gardening portion, wanting to buy most of what was there. Shamefully, I bought some bacon and sausages and a meat sandwich. It is going to do me no good physically, but you can’t argue against a fry up on a Saturday and Sunday morning.

One of the most important facts about dementia types is that lifestyle plays an enormous part. I am not helping myself at all. But what with what's going on at work, I feel that a savage stroke or fatal heart attack is imminent.

It's time to go crazy. Where are the dancing girls when I need them? I don't think that a rhetorical question either.

It was a beautiful evening and less exhausting than usual. That's a change.