Vascular Dementia is the second largest cause of dementia after Alzheimer's Disease. Unlike the latter disease failure in Memory is not the first symptom to appear. The ability to negotiate the world seems to be impaired first of all. Although a failing Memory does become more and more prominent as the illness progresses. 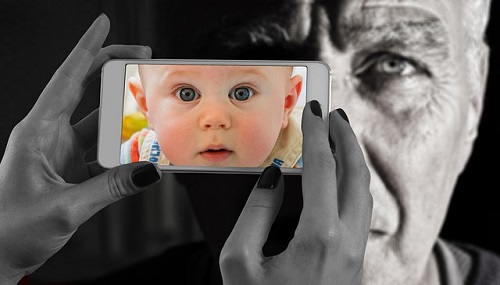 Dementia is mostly a consequence of ageing

What both dementias mentioned above, and others, do have in common is that each is manifested as cluster of symptoms that are dependent on the area of the brain that is damaged.

What these two dementias also have in common is that currently there is no cure for them. Anxiety, Fear and Pain can be ameliorated by medication; however, the progress of vascular dementia and all other dementias cannot currently be reversed.

The 'Vascular' aspect of this particular Dementia refers to the vascular system, the blood vessels in the brain in this case. These vessels can be damaged by Strokes or small vessel diseases which twists, thickens and damages.

There are three causes of Vascular Dementia:

There is much variation in how the symptoms present in Vascular Disease because the damage, from strokes, for instance, can cause catastrophic damage in singular locations or at a number of different areas of the brain.

However, the damage eventually attains the same trajectory as all dementias in the end, with gradual impairment of concentrate, to language and communication, memory.

Significantly, add to this that the damage caused by strokes can cause serious physical problems that compound the difficulties with which a dementia patient will have to contend.

Among the factors that cause the vulnerability to vascular damage are Age and Lifestyle (More on this on another page).

As an outside observer, it is not always easy to identify the early symptoms (early stages of vascular dementia), because Humans are every tricky and adaptable. The dementia sufferer becomes aware of these developing deficiencies and seeks to adapt or mask them. After all, the early symptoms could be caused by physiological problems or side-effects of medicines taken.

We shall already learn about Mild Cognitive Impairment later, which can cause symptomology similar to dementia without, on the whole, being signs of actual dementia.

There can be a denial of these signs by carers by choosing to attribute them to other factors like 'Just growing old'.

The early stages of vascular dementia are a gradual confusion and disorientation and the person begins needing more assistance with their daily living. There will be confusion over names and recent events. Sleep may become disrupted and the person may become more and more agitated and anxious. A dementia patient can become unaccustomedly emotional.Behaviours can become more and more challenging for the demetnia carer

It should also be remembered that there will be psychological problems not caused by vascular disease but induced by it. The person will know that there is something very seriously wrong. The psychological trauma attached to the early stage of this type of dementia can be very great.

For dementia carers / caregivers - family or friends - this can be a very distressing period. All I can suggest to you is the you Keep Your Nerve! and immerse that person with affection and Love.

Mam suffered a delusion, a fixation on 'That Woman'. Mam was scared of 'That Woman'. She was a figure of authority that scared Mam. This putative person was not real, at least I don't think so, because talking with older family and friends we could never identify her. Mam would sidestep questions when I asked her to describe the Woman.

Curiously, my lovely aunty, who suffered and died from Dementia with Lewy Bodies, had the fear of a similar woman.  We have never been able to identify such a person in their lives or either in their orbit. We now believe, not ironically, that the ‘Woman’ was a manifestation of a convenient false belief upon which to hang anxiety and fear for them both.