Work was hell as usual. A colleague asked me the difference between dementia and Alzeimers Disease and was not unreasonably confused when I said there was no difference.

Most people are not aware of the time bomb heading toward them and their families. 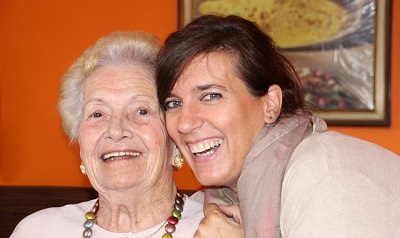 Dementia is the name for a group of illness that are degenerative. Alzheimer diseases - and there are a few - are dementias. The brain is damaged by things like Amyloid Plaques, strokes, vessel disease and slowly the person’s identity begins to dissociate, break down.

A Worrying Conversation with a Friend

So why do they have Alzheimers homes then?
They don’t, I answered. They just have dementia care homes.
Can they cure dementias then? He asked.
No, they can’t. Cancer’s not the worst thing you should worry about.
So, what do they treat people with Alzheimer’s disease then?
I replied, Give them medication to deal with anxiety, depression and antipsychotics for when their behaviour becomes extreme.
Bloody hell! (not his exact words).
Best medication of all is Love. I said. When the dementia is advanced never underestimate the power of having your hand held. You are anchored and not cast adrift in your fear and anxiety.
You have my permission to shoot me, he said.
Now? I asked

Mam was bent over her walking frame and wandering up the corridor toward the kitchen and dining area when I walked in.

My heart broke when she smiled at me and I began to feel the tears well up. Emotion is something I suppress savagely these days. I give her a big Hello, and reach down as her free arm goes around my neck and she kisses me on the cheek. I fight the tears back as I realise how small she has become and her beautiful blonde grey hair is now steel grey.

Mam was so glad to see me. I apologise for being late (I wasn’t) and suggested that we go and sit down while I tell her about my day.

I dare not tell her about my day. A day that saw me under pressure with impossible tasks set on purpose and no degree of compassion shown for what’s going on in life. In the recent weeks, I have pulled off a few near miraculous successes in solving cases. But that means nothing. All that matters are the little slips and minor failures.

Sometimes it Hurts Too Much to Bear

I sat down next to Mam in the lounge and nodded a hello to the usual suspects and shared a few words.  I was desperate to spend some time talking to Mam when she was in such a pleasant mood.

I don’t think it was the tablets. I believe, or choose to believe, that her Vascular Dementia gives her respite and leaves in a nice mental space occasionally. These respites are so few and far between that I just wanted to talk about anything. I have my stories lined up and the plans about the beach we’ll go to the coming weekend and eat ice cream as we watch the large ships moored in the distance and speculate about where they are going or have been.

Mam leaned back in her chair holding my hand and closed her eyes with her smile on her face. Too late. Too late. It doesn’t matter what time I arrive.

Mike, the team leader was talking to me in the kitchen a little later - Mam likes him very much. Mike confirmed that she only really sleeps when I am there. Mam is walking about shouting for me most of the day and I find that so distressing.

I wish she was at home and that I was there to take care of her, I tell him, my face beginning to hurt and eyes burn. I had to turn away.

Mike put his hand on my shoulder for a few seconds. You cannot stay here, my friend. He said.  People are waiting for their tea and coffee. One day we’ll all meet well again, you know.

Michael was in full ‘Carry On’ film mode this evening. All the carers were delighted he was having such a nice day after recent times. It’s the adjustment to his medication, of course.

He gave me a camp salute from the other side of the room and I waved to him in greeting. He returned my greeting with another camp salute and his trousers fell down. Perfect timing. Just like Kenneth Connor. The carers laugh out loud and Margaret rolls her eyes and gives me a wolfish grin.

Like I told you before, some things are just so silly and funny that you cannot help but laugh. I think there is a great deal of relief in our laughter as well. Because if we remember back to the weekend poor Michael was bent double in such anxiety that he was groaning in existential pain.

In dealing with dementia patients, for all the dementias, the disease is such a personal illness that medication ends up being an arcane art. Tens of millions of dementia patients in the world gives you general rules about medicating, but you always have to fathom out each individual dementia patient.

The only alternative would be to dose all patients with Zombanol. It would rid you of the need to care for them. You could cut down on the number of staff you need. Some people could persuade themselves that euthanasia would be alright. You find that dementia patients

Not for me, because I still come across Mam now and then, in her precious happy moments, but most of all when she is angry fighting this dreadful fucking evil disease.

Mary – putative Mafia hit-person- was causing trouble again, but chose the wrong person in Margaret.  She was trying to fiddle with the warm throw blanket that Mary had over her walking frame and is told to go away in no uncertain terms. One of the carers comes across and distracts Mary away thus avoiding conflagration. It’s Mam’s throw blanket, by the way. It seems to be doing the rounds. I don’t concern myself with it as long as Mam is happy and calm.

Regardless of all this Janine was affectionate. She was whistling and being funny.

It was a very poor tea evening tonight, because I put too much milk in everybody's tea except my own and no one seemed to enjoy it. I was told by Margaret to go and make her another one. I can’t drink this.  Margaret has a voice and manner you don’t argue with.

Mike didn’t want his usual coffee. He later went to fetch a cuppa, but ended up drinking someone else’s.

Mike is off for a few days and looks and sounds as if he could do with a good rest. He hopes to be able to do some gardening. We chat about whether it is too early to put out bedding plants right now. Global Warming may be extending the growing season by a month or so, but it doesn’t stop frosts. Notwithstanding all of that, Mike decided that he will plant some potatoes. Come hell or high water.

Mam carried on sleeping throughout the safe and gentle banter going on, smiling to herself now and then. I sought to keep her in that safe warm place by playing beautiful music from the nineteen forties and fifties with Joseph Lock, Anna Neagle and David Lloyd (Mam was deeply upset when he died). iPads are good tools for carers, I’ve found.

Even though it was late, Betty just arrived back from hospital and looked very pale. One of the carers said she shouldn't have come back. Hospital is a place of fear terror for many dementia patients and at least here is safe.

Marlene was standing too close again. Just a bit too close. It was an evening for wolfish grins it seemed.

Gwendolen woke up about seven. She doesn’t sleep at night at all these days, I am told.  I made her a cup of tea after she had settled down in the armchair opposite my Mum. By the time I came back, she was asleep. The carer observed that Mam always looked cold these days and so got her a blanket. By now it was time to share out the chocolates. I put Mam’s favourites to one side.

Mam continued to sleep the evening away despite my attempts to engage her in conversation every now and then. Just a mumbled response, but I keep trying.  Though it is easier to leave her so she doesn’t get distressed. However, I always wonder at her distress when she wakes up later and finds me gone. That is always on my mind. Yet, I never ask about it. I must be like this in order to survive in my heart as well as my head and be of any use to Mam.

I have enormous faith in the carers.  It is gone eleven at night by now as I write this note and Mam is probably wandering up and down the corridor shouting my name. Gwendolen will probably be banging a window with her shoe - or someone else’s.

Dementia is a terrible disease. However, I would recommend that everyone who fears for their relatives or even maybe themselves to visit a care home to help as a volunteer.

A care home for those suffering from dementia need not be the most horrible place in the world.  In fact it a can be the best part of your day if you visit one.

As for me, I put the iPad down sip my second beer and start smoking. I wonder if I’ll get to bed before two in the morning and I worry about what’s coming my way tomorrow morning. Never mind. As long as Mam is among people who care for her and show her love.