What Are Alzheimers Diseases?

Collectively, Alzheimers diseases make them the most common forms of dementia. This dementia was discovered, or rather initially identified and introduced to the world by Alois Alzheimer in 1906. Around 520,000 people in the U.K. suffer from this disease today. 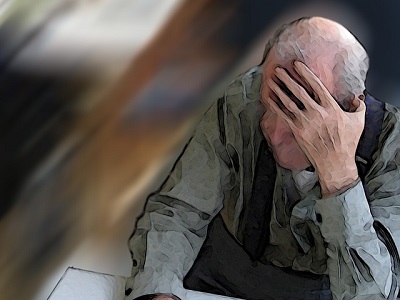 Alzheimer's is a progressive, degenerative disease that affects and degrades a normal functioning brain. Damage caused to the brain by a number of different causes brings about degeneration in normal intellectual, social and physical functioning.

Over time, more and more parts of the brain are damaged.  There is no current cure for any type of Alzheimer’s disease.  The nature of damage to the brain defines the type of dementia suffered. As this happens, more symptoms develop and consequently the condition becomes ever more severe and gains its diagnosis. Alzheimer's disease diagnosis is important.

This page is an overview of Alzheimer’s and you will find links within that will guide you onwards to the specific Symptoms, Diagnosis, Treatment, Causes, Risks and Possible Prevention Strategies of this dementia.

Indeed, it is important that all types of dementia are diagnosed as early as possible so that appropriate support can be offered and a person can be afforded the dignity of making decisions and arrangements for his or her own future care. While there is no cure for Alzheimer’s disease, or sadly any other dementia, there are a number of medicines that can help to maintain the thinking skills during the periods of mild to moderate severity.

In the early stages diagnosing Alzheimers is difficult and the disease can be misdiagnosed because all of us of a certain age know that memory, attention and concentration can vary with age. Receiving a diagnosis is life changing

During the course of the disease, toxic proteins build up in the brain to form structures called 'plaques' and 'tangles'. This leads to slowing down or stopping of vital messages being transmitted or received brain cells. One obvious example of this loss of fluent connection process between areas of the brain is Memory. Memory is a function of the transmission.

People with Alzheimer's disease suffer from a shortage of very essential chemicals in the brain. These chemical messengers (neurotransmitters) function to transmit signals around the brain. Where there is a shortage of them, the signals are not effectively.

There are many risk factors out there that are responsible for causing Alzheimer's disease, however, none is more obvious and significant than AGE.

Memory lapses in recalling events is one of the best known fact about Alzheimer's Disease.

And there are a number of Alzheimer's diseases that we'll mention on other pages. For now, we’ll leave these as Atypical and briefly touch on them below.

There is, of course, a well-defined progression to those symptoms, but each person has a very personal journey in the illness. There are stages of progression, but the condition can become stable for periods of time. The early indicators are:

In the latter stages of Alzheimer's diseases the symptoms are more or less common to all late stage dementias - namely, that of complete dependence on caregivers, family and professional.

The role of the family carer is a vital component of care throughout the progress of Alzheimer's diseases and all other dementias.

As I wrote above, the symptoms of Alzheimers diseases can appear to be stable for a period of time and then just dip. An illness or infection (in particular, urinary tract infection) will cause the symptoms to worsen before the person recovers.

However, as the nurse in hospital told me when Mam was suffering from a UTI, Mam would recover, sadly not to the level she was previously. Each illness worsens the symptoms. In elderly people, urinary tract infections become embedded in the bladder and become frequent events.  They therefore need to be considered if there is a worsening of symptoms or significant changes in mood, increased anxiety or agitation.

Dementia can be delayed if damaging infections can be avoided.

There is a clear progression from earlier stages, although the person may be stable in some aspects of their individuality.

When we think of Alzheimers diseases or any dementia we generally think of older people, generally in their seventies or eighties. This is not always the case. There are other types of Alzheimer's.

The cause of early-onset Alzheimer's is not known, unless there are obvious recorded injuries to the brain. Age may be a factor, as might lifestyle. There may well be a genetic factor, if the disease has occurred to other family members. Genes do play a role in that genes define the manufacture of toxic protein (more elsewhere about that). Other than those speculations, research continues.

One of the more common combinations of dementia is called Mixed Dementia and is a combination of Vascular Dementia and Alzheimers diseases. About a tenth of people with dementia suffer from mixed dementia. This is a significant proportion compared to the rarer dementias.

Mam suffered this dementia, which is a mixture of more than type of dementia. The brain is damaged in significant areas and symptoms common to most dementias present themselves. It is difficult to identify individual dementias.

However, Alzheimer's disease remains the largest proportion of the dementias. The Atypical Alzheimers Diseases are diagnosed depending on specifically damaged regions of the brain and people below sixty five years of age mostly suffer from them. For instance,

Frontal Variant Alzheimer's refers to the region of the brain that is vital in making judgement about the shape and make-up of our physical world.

The process of perceiving (seeing) the world remains intact; it is the processing by the damaged areas that is the problem. Judgments about and engaging with the most basic of human functions, such as reading or dressing are impacted.

Think of this in terms of trying to nail jelly or mist to a wall. The ability to make decisions or planning is degraded greatly. Facts will not coalesce into an object, as Freud might have it. Links and familiar associations between facts do not come together effectively.The area affected lies in the back and upper rear of the brain.

Logopenic Aphasia is caused by atrophy (wasting away) to the left side of the brain. This is the area from where our language and speech skills originate and damage here effects the flow and causes a truncation in speech.

There are two components to being an Alzheimer’s Carer / Caregiver:

The latter is in essence what this website www.dementia-devotion.com is all about. A dementia patient needs a healthy, coping carer.

I hope that you now have a better understanding of this type of dementia.

People think that all dementias initially give themselves away by a failing in a person’s memory. In fact, Alzheimer’s disease is one of the very few dementias whose first symptom is a problem with memory. This memory failure is the earliest indication that there is something wrong.

However, before a firm diagnosis can be given other factors that impact on memory have to be investigated, such as side-effects of medicines, physiological problems and psychological conditions arising from stress.

If you are a caregiver, then living with one of the Alzheimers diseases will become a significant part of your life. Sheer physical, psychological and spiritual exhaustion may even persuade you that some of the symptoms fit you.

Gird your loins and get ready to learn the true meaning of Love.