In Mam’s Dementia Care Home this afternoon and early evening was both lovely and extremely distressing.

Mam has never looked so beautiful. My cousin gave me a few minutes before joining us so that I can greet my Mum after a very distressing last visit for her. This evening Mam sat snoozing in an arm chair with a shawl over her and I went across to gently wake her up. 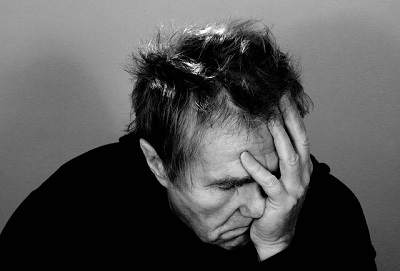 I keep thinking that I should leave her alone. However, the ward nurse told me that Mam has been calling for me all day. That was earlier. It is half past six and I know that I really would like to stay longer, but I have to think of my cousin. Also, I must now start thinking about my own survival.

That is counterweighed by the simple fact that I know that unless I go to see my mother regularly she will receive very few visits from others.

We cannot abandon her and let her slip away from us in a state of distress and anguish. We must show her we all still care.

A Messy Evening Ahead

Janine was in the canteen area by the entry door when I arrived and complaining to anyone who would attend to her. Apparently, there is this girl she was employing and her words were an expression of intense anger – interesting how you work these things out and learn that the significance of numbers varies according to context - however, about his girl she felt, 10! 10! And ten was not good this evening.

Mam was in a pleasant place although by the end of the visit as we got closer to leaving – and she sensed it - she kept saying Let’s go now and made to gather and wrap up her blanket. My heart sank because I know that I will have to tell her lies that will hurt her. She cannot leave. She will never leave and so I tell her that a doctor is coming in the morning to sign her out and I will pick her up around half nine.

I must repeat this so that it sounds rational to her dementia.

The ward became more and more chaotic as afternoon gives way to evening. A disturbed dynamic that moves from one person to the next. Mam likes peace and quiet and I'm afraid the rowdiness will cause her to become irritable. I looked out the window watching rain showers pass in the distance. As one came on us and beat against the window the mood changed again and became more frenetic, causing all to be in tune at the same time.

David was trying to steal Mam’s Zimmer frame, but I got it away from him by comparing the engineering on one part and another. I cynically engaged him in a conversation that he repeated back at me again and again. I sort of gently twisted the frame from his iron grip. A care worker came and led him away.

Janine was definitely in a bad mood with no sign of it abating. David stood over her repeating the same phrase over and over. In the end, she told him to Bugger Off! This disturbed my Mum even more.

Gwendolen was in an even worse mood as well and telling everyone, Shit on you!

Mary told me I might catch flu and should watch it.  When I had asked her earlier whether she wanted a cup of tea she had said that would be really nice and thank you. When I brought the tea, she wanted to know why I'd brought her a cup she had not asked for. By the way, I am convinced that Mary used to work as a hitman for the Mafia.

Margaret wanted to know if I could give her a lift home or whether I had got a fag I could share. I said I would see about it later.  I’m just a visitor.

For research on Parkinson's Disease and Dementia  CLICK HERE

Not all types of dementia undermine and cause the memory loss early on. I think that it is only Alzheimer’s Disease that damages memory in its early stages. I was holding Mam’s hand as she watched a nature programme on my iPad and listening to one of the dementia carer workers having a really good conversation with Margaret wishing to know when she had met her husband. Margaret was smiling.

During the War, she responded. Who was in charge in the house? I didn't hear the answer to that.

Margaret is a very formidable, intelligent and intolerant woman but if the carers can bring her to pleasant pastures then she will speak with confidence in her memory. There is absolutely no doubt about what she is saying. Yet, she is of the view she is in hospital and going home soon. The distant memory is fine but the recent very, very friable so that she can be manipulated with the simplest of lies.

It is all about saying anything that reduces distress. It is about caring enough about the person to do this.

I think I've worked out David a bit better. For him standing there repeating the same phrase ad absurdum was a conversation if one responded. His eyes were clearer and direct tonight and, although it is impossible to break through to him in any way, he is clearly seeking a semblance of conversation. Even if there is no articulation there is a need.

The dementia carers Team Leader, Mike looked up at me from his incessant note-making of the patients’ various conditions for the incoming night staff.  He proposed that the Moon was full. I suggested that it was a change in air pressure like the type that got cats misbehaving or having their mad half hour when the weather was changing.

Robert came and sat down next to Mam, which does not augur well for the recipient of his attention. Not a good sign at all. There was something about Robert Mam does not like. He tends to impose himself on the women as if they were his partner and sometimes wants to kiss them. I have been told that Mam has hit him before now, deservedly it seems.

I am Mam’s anchor in her dementia. Robert has no-one and his day seems to be another one of searching visiting faces for recognition. I have seen his wife twice so far and she looks desperately strained when with him.

All I know is the person in front of me. I know nothing of they were changed by their dementia and behaved in her own homes. Mam was lost and fearful. Some dementia sufferers fall into a world of hallucination quite quickly and others become very aggressive at the loss of control of their environment and mental capacity.

I chose early on not to judge, but to deal respectfully with the person before me and ready for their potentially rapid mood swings. Kindness and patience seems to do the trick most of the time. Kindness and respect seems to address some ego need possibly.

Leaving this evening was difficult. I encouraged Mam to shut her eyes while we waited for my brother so we could leave together. This was a new lie to move us from her desperation. Let’s go now, she kept saying and I repeated the same lie with loving conviction.

I indicated to my cousin that she should leave quietly and I waited there hoping for some quiet in the chaos. Janine was shouting at David, so I took his arm and walked him away toward the kitchen hoping that this would reduce the tension. It sort of did; however there was a definite frenetic dynamic contaminating the ward this evening.

The care workers seemed to be fire-fighting for most of the time I was there while also trying to put the more vulnerable people to bed. Maybe Mike was right. It was a full Moon after all.

I had made a tea of sorts for myself between the mad rush between work and arriving here, a fish finger sandwich, which was terrible.  I would not have minded the fresh salmon salad we had spoken about. My cousin said she was too full after lunch and wouldn't be eating a big supper so I said the same even though I was hungry.

It is the sad, pathetic desperation in Mam’s voice that tears at my heart when I say I have to pop off.

I just hope that one my brothers will visit her next.  I am now losing confidence in every member of my family except my cousin.

They are so invested in their own lifestyles that I cruelly persuade myself they can rationalise leaving their mother in such sad circumstances. Even though Mam looked after their kids when they went to work to raise money to buy their homes. This is all forgotten. None of the grandchildren come to see her.

Not everyone can handle seeing a loved one suffering dementia. I understand why my older brother would prefer to remember Mam as she was and not how she is.

Hmmm. That doesn’t help me though.