In simplest terms, Mild Cognitive Impairment is not a dementia and should be regarded as a collective name for a set of symptoms that describe a person for instance under constant stress or suffering from depression. 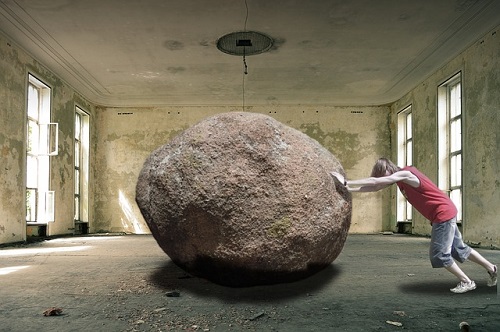 One obvious symptom of MCI is a memory deficit that is inappropriate to a person’s age. Memory problems outside of an Alzheimer’s diagnosis can arise from conditions such as chronic depression (long-lasting), extended periods of anxiety or stress, physiological deficiencies (for instance, problems with the thyroid) and the side-effects of medicines.

It has been proposed that there is a progressive link between Mild Cognitive Impairment and Alzheimer's Disease. It is important to state that this relationship has not been proved, but it is being investigated.

What Is Mild Cognitive Impairment?

There is an inevitable decline in memory and other cognitive skills with age, but when it occurs at a far younger age then there may be a cause for concern.  The earlier a diagnosis can be made is for the best just in case it is an indicator of an early onset dementia.

Both Alzheimer’s Disease and MCI cause cognitive deficits, especially memory, which is the first indicator of possible early signs of some dementias; however, the memory deficits of people suffering from Mild Cognitive Impairment do not impose too drastically on daily living.

What constitutes memory deficit significant to warrant an investigation with view to a diagnosis and treatment? It is the extent and persistence of the symptoms even if there has been medical, psychological or lifestyle change interventions.

If the memory deficit and other cognitive skills (thinking, planning, decision making) worsen then these are indicators of possible dementia, most likely to be Alzheimer's disease.

The symptoms are essentially problems with memory and concentration. For instance,

The list above is reminiscent of some of the symptoms of Alzheimer's Disease in all but severity as would be displayed in the early stages of the dementia. Depending on age it would suggest early onset dementia; however, many of us would recognise ourselves in that list one time or other during our lives.

Having caring for a loved one with dementia for a long then these symptoms are familiar to me and observed in me by the people who supported me.

A person with Mild Cognitive Impairment may well recognise these symptoms and quite sensibly make an appointment with the doctor for a full medical assessment and an evaluation of any recent life events or longstanding psychological preoccupations.

Of particular importance is to investigate the family history. In very rare cases, Alzheimer's has a familial link of inherited gene disorders.

Death of a Thousand Cuts

My friend George says that when you are working with or supporting someone who is unwell, then no matter how objective you try to be you always leave the encounter with a sliver of a shadow. These accumulate until they are a heavy dark cloud.

The smart people recognise this early on and leave. Being a carer for a relative or friend with dementia, it is not possible to leave. Physical and psychological health will inevitably suffer. MCI is one consequence.

As written above, almost all cases of Alzheimer's Disease begin from Mild Cognitive Impairment, but it is important to remember that not all people suffering from MCI go on to develop dementia.

Whether it is a diagnosis of MCI or Alzheimer's, it is important that it be done early. If it is MCI then steps can usually be taken quickly to identify and address the causal factor. MCI can be stabilised or one can recover completely.

A diagnosis of MCI is given when there is a worsening of the above listed symptoms: memory continues to decline, mental abilities obtain low scores in mental ability tests and when minor daily tasks become more challenging.

If the deficit in cognitive skills is significant then tests will be carried out that will include a brain scan to discoverer whether there are changes to brain structures and function from the normal.

Proteins in the brain and spinal cord are also clear indicators of dementia. In Alzheimer's a build-up of Tau protein and Amyloid structures are clear indications of this type of dementia is also progressing.

If the doctor is concerned that the symptoms are becoming worse and not responding to intervention then the doctor will make a referral to a Memory Clinic or Memory Nurse.

Life visits many challenges on us. Some we can decline and walk away from. Others, are self imposed? care for family and friends and employment. The former responsibilities can be onerous and if we allow them to continue too long they can have a debilitating effect, physically as well as psychologically.

It is not always the case that the person will recognise in him or herself the symptoms that gradually reveal an obvious decline in some cognitive abilities. It may take a close companion or family member to notice.

It is important that the friend attend any doctor's appointment because this allows for a more likely objective view that would convey a broader context to the condition.

Discovering the cause of Mild Cognitive Impairment is important in improving overall outcomes.