Mam is now in her second dementia care home and I find visiting her both reassuring but sometimes distressing. Like all carers, I just keep my nerve and control my breaking heart. 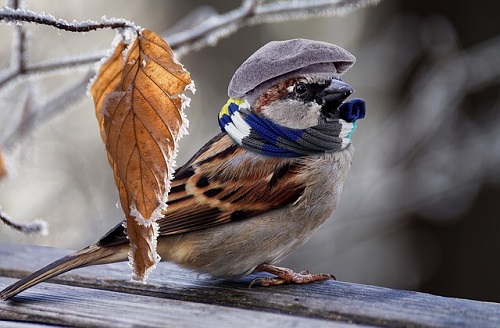 Don't write off a dementia patient

Either, the welcome is like this, or she smiles at me from a few miles away and tells me to put the kettle on and that she should get on making tea for the boys. I tell her that one is playing golf this evening straight after work and the other has gone to see his girlfriend.

I also make up a story about my older brother, who she does not remember is married, that he has a new girlfriend that none of us has seen yet. ‘So, it’s just the two of us for tea.’

Dorothy has been sat next to Mam across the afternoon taking care of her as she keeps an eye on her own husband, David, who is well-advanced in his dementia and sits staring out the window without seeing the collectively agreed perception that we deem reality. Is he watching or reflecting? Are there things in his mind that are struggling to get to the front of his conscious attention?

I find it fascinating as I interact with people one at a time.  I find one thing gathers them to me and that is my sincere acknowledgment of them. Saying their name and putting an arm around their shoulders or bringing them a cup of tea and sharing some sweets or biscuits I always bring with me.

Cutbacks in a Dementia Care Home

I have noticed that there are no biscuits here these days. There are already cut backs and to be truthful even though the staff are incredibly skilled and patient, there aren’t enough of them. It’s after tea and some of the very poorly who are lost and merely sit in a gentle oblivion are made ready for bed. The staff are working as efficiently as they can, but clearly there aren’t enough of them as they are all out of breath.

Their voices cut through the thick haze of fading conscious and people respond by looking up at them into encouraging smiling faces. ‘Time to go for a little rest, Gwilym.’

The first thing I do after greeting Mam and sitting with her for a while is propose a cup of tea to with the biscuits.  There’s nothing wrong with Mam’s appetite. She eats well and is strong and still fighting bloody Vascular Dementia.  Or is it Mixed Dementia? I wonder if they really know. Mam is a fighter who has hated always being restrained by events or people and so she strikes out. ‘They’ suggest that it’s a symptom of Alzheimer’s.  I think its Mam fighting to push herself to the front as David seems unable to. ‘I’ll go and make a cuppa, Mam.’

I do a round of the care workers and then some of the more conscious dementia patients. I usually end up making about eight or nine cups of tea or coffee and handing out biscuits. By now I know exactly who takes what. No matter how many spoonfulls of sugar I put in Michael’s tea. It’s not quite right. For Michael, the perfect cup of tea or coffee involves him putting in sugar and stirring the hot liquid the exact number of times, as many people do. Then it’s a big smile and a Thank You.

Tea is a moment of emotional equilibrium and good manners. ‘That’s very kind of you’. ‘Ooh! A cheering cup of tea. Thank you’.


The weather is changeable today

Gwendolen’s on her eternal travels once again. Back up and down the long and wide corridor that extends the length of the ward with each person’s room dressed up as a reference for memory and comfort. By the time Gwendolen gets to the bottom of the corridor she has forgotten what she wants there and so designs another plausible journey for herself and she sets back up.

Gwendolen greets me and asks if I'm ready to go. I point to my mother who is snoozing and I tell her that my Mam has a chest infection (yet another convenient lie) and I'll stay with her for a while and come and join her later, if that’s okay. That generally does the trick.

I’m in the little galley kitchen making endless cups of tea and coffee. Gwendolen is in the dining room looking out of the window with a pained expression on her face. ‘Look at the snow,’ she says.  Gwendolen is looking out the window at a winding deep green river bathed in golden light and surrounded by lushness of a fresh green evening. She shakes her head and then moves on to pursue yet another fleeting task.

A few minutes later Gwendolen observes that it’s raining again. I nod in agreement. Cold and wet, I say. The spring light is extending the day. She's put on her aquamarine dressing gown and has set off again to find Arnold or whomsoever. I bid her well and tell her I'll be up to see her for a cup of tea later.

As I was saying, every person I talk to, maybe even the staff in the exhaustion of a twelve-hour shift on a little more than national minimum income, inhabits a perceptual world based on a different physics and form. I inhabit their world temporarily, withdraw and move on. Sometimes there has been an exchange that is understandable to both sides, mostly not.

But why do I want to impose my presence and gentle engagement and keep them here with when they would probably be best left to float away?

Dorothy loves David very much and is determined to fulfil her wedding day promise, 'Until death do us part'. They sit and hold hands. One of them oblivious to the other. Yet the Anchor of Love keeps him there for a while at least. Dorothy decides to feed him a dessert. David is immensely strong. How he sustains it I don’t know, considering he seems to eat so little. A few spoonfulls of yogurt and he wanders away repeating simple phrases.

Janine came and sat down next to Mam and me as we watch ‘Songs of Praise’ on my iPad. Every now and then Margaret would say that the voices are nice. A couple of times she said, ‘That voice and voice and voice and voice.’ I finally understood this as being 'the different voices'. So, if she is speaking then there is something to hear as long as I takes time to seek context and pay regard to my own words and how you think they are being understood.

Marilyn is very, very difficult to understand despite all efforts. Marilyn mutters and mumbles and becomes distressed if you are not attending to what she is saying. On the door Marilyn’s room are a set of framed pictures of a very beautiful and elegant woman, a lover of life and full of energy. She dresses elegantly today.

I look to Mam who sits content right now listening to Songs of Praise gently singing along with the tunes and words she knows. I look to Marilyn, Janine and Gwendolen, each lost in some other individual world of hallucination and envy them on behalf of Mam. Mam will fight this bastard illness every step of the way and will decline to dive deep into some distant mostly pleasant place in time and space.

While we have been watching the hymn singing David has wandered off from Dorothy who is snoozing in a chair and used his phenomenal strength to  rip off a part of the display holders just down the corridor.  Earlier on, I tried to stop him bending an upright fan over a chair while trying to rip it apart. I had to call for one of the dementia care workers to come and help. He just spoke kindly to him and gently pulled his fingers away and plopped him in a chair. Event over and David quickly lost the focus that drove him to act out a specific intention.

Mary has been looking for her husband. She potters after anyone on the move. Mary regularly follows Gwendolen up and down the corridor to the point of exhaustion. She also tends to advise/control anyone she is with. Margaret is having nothing to do with this and simply tells her to go away - in no uncertain terms, Friday evening heard the phrase, 'I don't understand a bloody word you're saying.'

I leave around 8:00pm as the shift changes and the night shift dressed in night clothes are going around everyone. After saying goodnight and a big thank you to all the staff I pass my snoozing mum again. I choose not to kiss her goodnight in case I wake her up. Janine is still sat next to her, as she had with us both for the past hour. And Gwendolen has just taken my place deciding that this is where she is supposed to be after all the purposeful wandering.

A lovely image to remember and savour and help carry me just a bit further.