I have been driving to either a dementia care home or hospital about five days a week for the last handful of years. My driving muscles and mental map is now completely dedicated to those specific journeys.

More than once I have arrived at the bottom of the road in the morning and turned left without thinking about it. I have just gone in the direction of the care home even though I needed to go in the other direction: to shop or to work.

It’s much the same with my neural pathways. Every phone call in the office, on my mobile phone or at home, immediately opens familiar synaptic pathways and fast tracks to anxious mode. 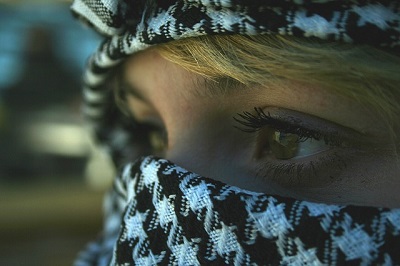 Your Mother’s Not Well

I always say a little prayer before opening the door into the ward. I did the same each evening when I used to go to Mam’s at the end of my working day. A deep breath and then open the door with a bright Hello!

A bit of a fright this evening. As I opened the ward door Margaret stood there matching my stare at her. Thankfully, she did not take a step forward. Valentina, the Romanian nurse, smoothed past me with a smile at Margaret. She smelled gorgeous. I must, one day, get close to loveliness again and rediscover how wonderful ladies are. Who am I kidding? I know that the last four years have marked me terribly.

Someone I hadn’t seen for a year and a half walked right past me the other day and I could see the shock in her eyes when I called after her. The price is terrible.

Valentina gently took hold Margaret’s hand and smiled at her. Nurse’s have the wonderful skill of Voice that can cut through vague consciousness and argument. Even the formidable Margaret couldn’t compete with Valentina’s firm insistence that she should go and sit down.

Your mother, she said, is in her bed. She has some water on the lung, we believe. There is no need for her to go to hospital. At this stage, anyway.
No hospital! I almost shouted at her.

My selfishness rose to overwhelm any sense of a moral code that should have prevailed right then. I felt that if I had to spend two weeks coping with Mam’s waking terror in a busy hospital ward again, then I feared that I might suffer a heart attack or stroke. A friend thinks that strokes arise when the mind has nowhere else to go.

I do not want a stroke. Stroke is one of the causes of Vascular Dementia and I have seen what vascular dementia does to a person in the long run.  I want all this pressure to go away. But it won’t. Visiting Mam in a dementia care home can be traumatic; however, there is a regularity to events that I can cope with. It is traumatic but at least I can build a defensive psychology around it.

Valentina touched my arm. She doesn’t need to go to hospital right now. Maybe not at all, but she will not let a doctor near her. Hopefully we can persuade her to take a steroid and diuretic. We’ll try again tomorrow.

Mam always takes her medicine from me, so I asked Valentina to let me try.

It took a while to get to Mam’s room. On the way, I complimented Gwendolen on her lovely new hair do. She looked like she was ready for church. There’s a lovely picture on her door of her and her husband outside a church. There, she has a strong and kind face and not the occasionally look of confusion of most types of dementia.

Sofia came across to me when I walked in the lounge and could not see my mother. Anyway, I enjoy a loving cuddle. Janine then came over and leaned her head on my shoulder saying she wanted to go home. You're going home tomorrow morning, I lied to her. Joan’s coming to pick you up after breakfast. It would help tie her over for a while.

Thank God you're here, said Michelle. I'm dying for a cup of tea. Your Mam's in her room. And she made a sad face.

Mam was in bed. Her face was pale and as strained as her breathing. In an extremely busy and occasionally understaffed dementia ward, with the very best will in the world early symptoms can be missed. I have seen family members become very angry over such things. Because dementia patients are not able to attribute illness to any specific cause or even to acknowledge their illness diagnosis is difficult.

Mam is so strong and that's her curse. What was her best character is now her downfall. I sat with her as she slept and then went to share some chocolates and make tea.

I am The Doctor

I think I managed to make the tea and coffee everyone wanted this evening.  Strong tea and lots of sugar for the carers. One person, Vernon, asks for two tea bags in his tea. Toward the end of an exhausting shift of managing the care and the safety of sixteen people almost everyone needs a counter-hit of coffee or a cigarette. Most smoke or have one of those vaping devices.

Emotional and psychological exhaustion sees me drinking and smoking too much, therefore I understand and do not judge. All types of dementia affect everyone in the orbit of the sufferer. Many people just cannot deal with it. Again, I don’t judge them. I would appreciate a bit more help though.

I was talking with Gerald and June when Robert told me he was going to hospital and was looking for the ambulance driver. I told him the nurse was organising everything and she would let him know. He called one of us ‘Doctor’, I think. Me.

As if Dementia Wasn’t Enough

Finally, I went to make myself a cup of strong coffee and heard Mam shouting my name. So, I went there as she was trying to get out of bed. I knew it was pointless to try and stop her.  Michelle came in to help her on with her dressing gown, speaking gently to Mam who was now crying because of the pain of her arthritic knees.

Michelle turned to me as I held Mam’s hand and told me that unless Mam took her steroids and antibiotics and rested then it could become pneumonia. Michelle fetched the ibuprofen gel from Mam’s bathroom and rubbed it on her knees. Mam agreed to lie down until the gel started to work.

The magical iPad couldn’t distract Mam from her pain this evening and she really wanted to get up. One of the ladies on the nightshift came in, having received her briefing, Would you like a nice cup of tea and some porridge? She asked Mam. That received an affirmative.

The fragrant nurse, Valentina, came in and slipped the tablets into my hand. Oh, I forgot to give you these earlier, Mam, I said. Valentina passed me a cup of water and Mam swallowed the tablets with a bit of bother, but down they went. Valentina said a Thank You and left.

The porridge arrived as well as some toast and a cup of tea. The nightshift carer sat down with Mam and told me that I had better hurry if I wanted to catch the shops – she understood the life I was leading. Oh yes, I said. We need potatoes and fish, Mam. I’ll be about half an hour.

Mam told me to hurry back. I kissed her on the cheek.

The other lady on nightshift duty told me that I should know by now that Mam would be safe and cared for. It reassured me so much, I told her. Robert came up and gave me something important to keep until he came out of hospital. Michael was not going to hospital and the thing was a piece of paper with senseless scribblings on it.

David was raiding Gwendolen, the kleptomaniac’s room and carrying out blankets and her black handbag. I could hear laughter and saw simple kindnesses. Despite all this care and attention to the dementia patients, I would much prefer someone shot me.

Near the door, I complimented Janine that with her blanket over her shoulders she looked like Lawrence of Arabia's sister.

The good looking one! I shouted as I moved away. She turned to smile after me down the corridor.