Vascular Dementia symptoms generally arise as a consequence of strokes or vascular disease in the blood vessels in the brain. A stroke is a blockage caused by a clot that creates an infarct. An infarct is the area in the brain damaged by the stroke.

Not everyone who suffers a stroke will develop Vascular Dementia. 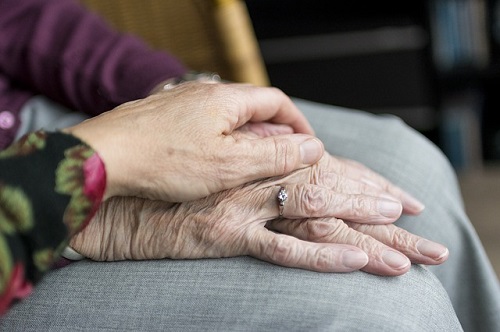 Love is the Anchor

From Stroke or Vascular Disease to Vascular Dementia

Normal brain function can be comprehensively compromised by a single large infarct or as a consequence of a number of small infarcts. It can equally be damaged when blood vessels (the Vascular System) twist or thicken in the brain.

Blood vessels nourish the brain and when they are damaged or burst the. Then an area beyond is starved of both nutrient and oxygen and nerve cells inevitably dies. The function of that particular region is then vastly reduced or stops to function.

We all know of the physical effects of strokes: paralysis of limbs and damaged speech, for instance. There are also those cognitive impacts on speech and speed of thought.  Many people do make remarkable recoveries from quite serious strokes - and they are very lucky.

In a sense, the cognitive impacts of strokes - however caused (lifestyle or disease) - can be similar to the symptoms of a type of dementia without necessarily being that. But if what appear to be vascular dementia symptoms persist, then there may be a problem worthy of investigation.

Like most dementias, vascular dementia symptoms can be so vague in the early stages as to be attributed not unreasonably to physical illnesses associated with the stroke as well as psychological conditions as depression and anxiety. Have a look at the Mild Cognitive Impairment page for alternative symptoms that can stand alone and not progress to dementia.

As with all dementias it is the persistence of dementia symptoms that signal that something is wrong. Vascular dementia symptoms are identifiable because they are step-wise. All is well for a while and then there is a sudden decline.  The individual should seek urgent medical advice or friends and family should encourage the person to do so.

In the early to moderate stages of vascular dementia in many cases after some event there may be a recovery.  But recovery will not achieve the level of function seen prior to infarct or even infection (particularly Urinary Tract Infection, which can affect both male and female dementia patients because of dehydration).

A vascular dementia patient will not be able to follow such conversations. Families and dementia caregivers need to learn to speak in simple and concise formats - Without patronising the person. A person struggling to keep his or her Self intact can become deeply distressed and agitated at such disrespect.

The awareness of losing Self causes great distress not only for the vascular dementia patient but also for the dementia caregiver who has to watch a loved one struggle desperately and decline.

It must be remembered that aggression, apathy, futility, hopelessness and depression can occur as a normal response to a stroke and the stark and sudden impact on cognitive abilities and movement. It is therefore difficult to diagnose in the early stages until there is a persistence and strengthening of vascular dementia symptoms.

A sudden decline worsening of vascular dementia symptoms will generally indicate that the person has had another stroke or that more nerve cells have died because of vascular disease.  Again, the scale of the stroke and size of consequent infarct and the area of the brain impacted will dictate the symptom that will present itself.

However, people who suffer from dementia frequently refuse food and not drink enough liquid in the later stages of dementia. Dehydration means that toxins are not removed from the body. Urinary Tract Infections can cause distressing symptoms for a dementia patient? Confusion, Disorientation, Hallucinations and Delusions.

It is very rare for a late stage dementia patient to recover to a previous level of vulnerable functioning and at this stage most patients are incontinent. An indication of Urinary Tract Infection is that urine will smell ‘off’. Distinctly off. This should be brought to the attention of the nursing staff as soon as possible.

Even with the best of intentions, the urine needs to be tested before antibiotics can be prescribed. This can take a day. Over weekends this could mean that a dementia patient can go as much as four days before medicine can be offered to deal with the infection.

In the later stages of vascular dementia the person becomes immobile and a consequence of the lack of movement makes the dementia patient vulnerable to COPD (Chronic Obstructive Pulmonary Disease).  Most dementia patients die from pneumonia.

It is also worth you taking time to reflect on other types of dementia that act in combination with Vascular Dementia. This is called Mixed Dementia.