Dementia Carer Diary Day 3
Oh, by the way, I’m off to Mexico on Saturday

Mam was recently diagnosed as presenting not only with Vascular Dementia but a combination of the symptoms of that and Alzheimer’s Disease.

It is my brother's evening to go to see Mam this evening, which always worries me a bit because I know the deterioration in her condition distresses him. 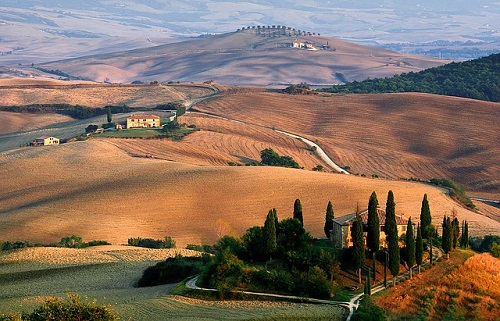 You got to Mexico, but I want to escape from the dementia home to Tuscany

I hope he goes because I think he is the bravest of my brothers. He sucks it up and brings love and humour with him and, like me, considers the other patients as people. We do not see the condition but the person who sometimes displays exaggerated behaviour.

We meet the people wherever they are. And it all hurts afterwards.

Mam's Dementia and my Brother

He stayed with Mam during the week and I the weekends. I only recently learned that when Mam got up in the middle of the night lost and wandering about the house, he would get up and make her a cup of tea and sit with her for an hour or so and then persuade her to go back to bed. This could be until about 2:00am.

He is a regional manager for a very large company and gets up just before six each morning.

Nonetheless, he sometimes doesn’t visit Mam as agreed and what I had believed to be an evening to do my own stuff and simply rest is lost.

I know that some friends think that I visit Mam too often. They have not nursed a loved one through the early stages of Mixed Dementia and months of broken bones in hospital. They don’t know and haven’t seen the terror I have seen in Mam’s eyes and her desperate need for us to be her anchor. I cannot bear to think of her sat alone in her illness.

So, this evening I hoped my brother had gone to keep her company and my cousin and I arrived at my Mam’s house with the intention of clearing and washing her greenhouse. I had this futile dream of growing tomatoes in it again this year but the daily timetable would have made it impossible to water them.

This was the first time I'd visited in many weeks, as the house no longer holds any warm emotional importance for me.  To the contrary, it sometimes makes me weep over what we have lost. I therefore persuade myself that it is where Mam is that must be the focal point.

I’m Off to Mexico on Saturday

My brother was coming out of the house with his golf clubs and said she’d been to see Mam straight from work and that she was drowsy but was alright when he was there. He then told me that he was not going to play golf but going to clean the clubs, which ...

Oh, by the way, I'm flying to Mexico for a week’s holiday on Saturday. Two days away.

I say nothing. Just know that I have no support for the next nine or ten days. Suck it up. I tell myself. I’ll go and see her night before I set off, he says. I thank him.

This is the usual routine. Everyone goes on holiday and I only ever hear about it last minute. My last holiday was about five years ago. If we had not turned up then would we wouldn’t have heard in advance? Best one ever was,

I am the sacrificial lamb and they carry on as before living their quality lives and knowing that I will always fill in the gaps. I want to remember Mam as she was, is one refrain.

Anyway, he and his girlfriend are going on holiday again and so spitefully I advise him that he will have to start paying for electricity and gas plus all other bills attached. We are both designated legal Deputies responsible for Mam’s finances because of her dementia and the house must now either be sold to pay for Mam’s expensive care or maintained.

I have decided that a Statutory Charge to be placed on the property by the social services department of the local authority to protect him and give him a place to stay. The Statutory Charge means that a debt for Mam’s care in the dementia home will become due soon after Mam has gone.

I am the one making all the decisions, not others, and I live in what has become a hovel over the past three or four years.

For research on Parkinson's Disease and Dementia  CLICK HERE

The greenhouse was in a hell of a state and while my brother has lived here since my mother went into hospital and care he's done nothing to the house. Wake up and pay the bills!

Other than this crap, he will always be there when there is a crisis instead of texting me in Accident & Emergency asking to be updated.

My cousin and I managed to clear the greenhouse of dead plants and overgrown nasturtiums that have been unattended for the past two years. After Dad died the greenhouse had become a place of solace for Mam and she would suit in the greenhouse with a cup of tea every day if it was sunny. So, I always kept it full of colourful flowers and tomato plants.

All is death and desiccation. I chose to forget about the place and have always felt tremendous guilt at abandoning what was her safe and beautiful place.  The greater the care and attention my Mum required consequently killed off any opportunity to hang on to what was. This injures me as a loss that will never be recovered.

Mam now lives in a ward full of people suffering from every type of dementia going it seems. Flowers seem meaningless and love is the only light in her life.

There were about a hundred pots to wash so rather than do it now they go into my car boot in black bags and hope that I can clean them this weekend. We rinsed the greenhouse and then applied ourselves with cloths and fairy liquid and gave the entire inside a good scrubbing and a damned good final rinse. The green gunge crap stuck between surfaces was distinctly evocative of decay. Now it's gone.

The trees around the greenhouse need to be pruned savagely. Do that this weekend probably. The rest of garden was overgrown and muddy underfoot because of neglect. My cousin is furious because the garden was so important to Mam. She is angry at everyone for abandoning everything that was so important to her aunty.

Dad indulged Mam’s love of shrubs at the same time as damn theming them under his breath as they tangled up the mower cable. Now everywhere is in a state of distress and Dad’s not here to take charge.

The greenhouse looked great, crystal clear and plenty of light and space. Problem being that I would have so little time that I would be unable to care for any plants. I really wanted to leave my hateful job to tend the garden and be away from the relentless bullying.

Job done. It would be completely dry by the weekend and so maybe, just maybe, just never, I might get some of the pots back in there. To watch them die?

To thank my cousin, I prepared supper in Mam’s kitchen afterwards. I dare not invite her to my hovel. I am so ashamed.

I cooked Smoked Haddock Florentine with very buttery mash and carrots. I always cook the carrots in herb or chicken stock. It was so rich and filling that we chose to forego the creamy éclairs my cousin had brought for pudding. I enjoy cooking for my cousin because it means that I must focus and make a proper job of it.

I really cook better for other people. My own diet has been appalling for the last few years or so. Physically, I would say that my health is very poor indeed and in danger of a complete collapse soon unless I can step away.

Probably the best way forward would be to give up work and deny my skills to that bloody place. I can’t afford to. There is a feeling of intense bullying and abuse in the work place.

At least I've got my cousin.

And my brother. That is, when he’s not rushing off on holiday the next day. I know that he will be carrying an extra-large bag with him to Mexico packed full of terrible guilt.