As the label suggests, Mixed Dementia is the co-existence of the pathology and consequent symptoms of more than one dementia type. In such cases, dementia patients suffer from damage to the structure and vessels of the brain arising from more than one cause. 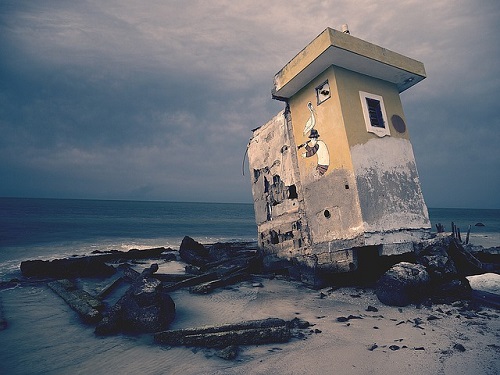 Furthermore, in some cases dementia patients have been discovered to suffer from a combination of all three of the above-mentioned dementias.

As mentioned above a diagnosis of Mixed Dementia can be inferred from clinical tests as well an assessment and an analysis of the symptoms presented.

In the early stages of this dementia, as with all dementia types, the symptoms can be unique to that dementia and therefore identifiable, especially behaviourally. For an indication of the symptoms of those singular diseases, I respectfully guide you to my pages on Alzheimer's Disease, Vascular Dementia and Dementia with Lewy Bodies.

As a dementia progresses, neurodegenerative damage is substantial and in a sense most dementias unify around a constellation of symptoms of dementia and the course of the illness.

However, in patients presenting with the early signs of a dementia correct diagnosis is of paramount importance for very important personal reasons, as will frequently be mentioned in Dementia Devotion.com for the most human and compassionate of reasons.

The combination of two or three of the dementia types can complicate initial diagnosis and have a significant impact on the course and intensity of the symptoms of the dementia.

Subsequent drug treatment, although modestly successful in many cases, may not prove entirely appropriate and therefore be not always be successful in alleviating distressing symptoms of dementia as it progresses.

Should you care to look at the pages dealing with the rarer dementias, then you will also learn that individual dementias can be accompanied with what are called Overlapping conditions. For instance, Frontotemporal Dementia can be overlapped by the condition, Huntington's Disease.

Interestingly, it has been proposed that mixed dementia is a preventable. This is of course a bold statement; however, the reasoning is both interesting and intriguing.

An evaluation of co-existing Alzheimer's disease and Vascular Dementia by their individual causal damage is worth considering. Apparently, dementia is more likely to occur when Alzheimer's disease is accompany by cerebrovascular-related changes in the brain (caused by strokes or vessel disease).

Therefore it is not too far a step to propose that this mixed Dementia is avoidable if clinical intervention seeks to ensure that a patient suffering from Alzheimer's does not suffer cerebrovascular damage to the brain.

For coexisting Alzheimer's Disease and Vascular Dementia in round figures it has been proposed that a figure in the region of 50% of people suffering from the former disease will display the pathology of the latter dementia. N.B. A post-mortem diagnosis is obviously of no value to the dementia patient after he or she has died.

Because of the shared granular proteins called Lewy protein bodies that cause both Parkinson's Disease and Dementia with Lewy Bodies a mixed dementia including DLB can, in some cases, exhibit parkinsonism tremble and muscle stiffness.

I refer you to the above reference link for greater detail on these points touched on above. Click Here for more on this.

Although research continues intensively all over the world, there is currently no known cure to any of the dementias mentioned on this page. Once they are established, prior to any diagnosis, the course of these illness are well-defined.

Dementia treatment becomes a matter of employing medication, non-drug (cognitive and social intervention) and preventative steps to stop further strokes or infections in the early stages. This is done to seek to delay the early course of the dementia.

From then onwards, care and intervention becomes specialised to the needs of the individual and is a combination of clinical expertise, experience and anticipation.