Being a carer for someone with Huntingtons Disease can be very stressful and exhausting because of the often extreme behaviours that can be exhibited by the sufferer of this dementia type. 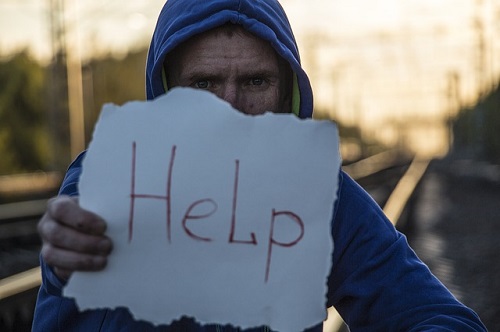 Huntington's Disease is what is known as a Neuro-Degenerative Disorder and is a very rare dementia. It is caused as a consequence of a genetic disorder, which occurs in chromosome 4. This is a very rare disease that is an early onset dementia usually occurring between the ages of thirty and fifty years of age. However, sufferers can be in their teenage years. The young Onset Dementia is called Juvenile Huntington's Disease.

As I keep mentioning, all dementia types are caused by damage to the brain by one cause or other. Huntingtons Disease is not caused by injury in the form of a stroke but is an inherited disease. It is a familial dementia where one of the parents carry a damaged gene. Each child produced by the relationship carries a fifty percent chance of suffering this dementia type.

Damage to nerve cells in the brain is progressive and the area becomes atrophied and the function of that location of the brain deteriorates accordingly. Dementias can also be called Neuro-Degenerative Disorders.

The progression of Huntington's Disease is relentless over ten to twenty years as the individual deteriorates in the ability to care for him or herself. Huntingtons Disease affects every aspects of a person's life as it progresses relentlessly.

And although, the dementia patient may develop short term memory problems, unlike Alzheimer's Disease, this is not as significant a symptom of the disorder because the individual will continue to remember faces well into the advanced stages of this dementia type.

Physical symptoms can include mobility problems, difficulty swallowing and talking.

Progression of the Disease

Huntington's Disease  is a genetic disorder, which means that while the risk (50%) can be calculated and decisions taken whether to have children or not, there is no cure. Symptoms can be treated as they arise and these can be physical and cognitive, which inevitably worsen as the disease progresses. Early intervention to say the least is useful.

As more and more regions of the brain are damaged the strain on the carer, usually family, can be tremendous; however, the physical symptoms will become so great that the person will require nursing care.

Early intervention to alleviate discomfort in the early stages depends on establishing a specific diagnosis as early as possible. Further, the medication appropriate to Alzheimer's can be very detrimental for other dementia types.

Diagnosis at the clinical level is not always entirely specific to the illness. Tests for diagnosis of Huntington's disease still tend to based on those employed for identifying Alzheimer's disease and are weighted toward memory deficit. Current research presents the proposal that other cognitive deficits impact on the person before any memory deficit and there should be a focus on these.

Some of the rarer dementia causing diseases occur in cruel partnership with the more frequent. For instance, there can be an overlap between Huntington's Disease and frontotemporal dementia (FTD) in some people. There can also be great similarity in some components of the constellation of symptoms.

Comparing bvFTD (Behavioural Covariant FTD) and Huntington's Disease one finds that one significant change in behaviour is social conduct that can cause breakdown of  interpersonal relationships.

Observations and comments become inappropriate and can seem cold and cruel. This can be compared with a symptom of Autism and is called Theory of Mind. This is impaired in autistic persons and reveals itself as an inability to interpret social situations and a strong tendency to misjudge the mental states to others.