Parkinson's Disease in itself is not a dementia. However, Parkinsons Disease Dementia (PDD) can be a consequence of suffering this illness. 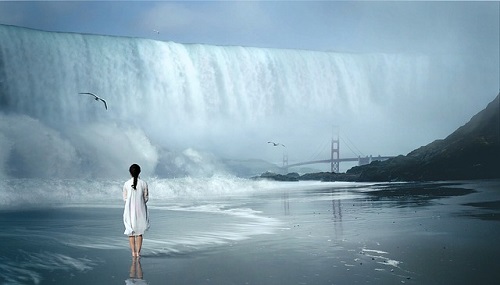 Two types of dementias are thought to arise from the same causes as Parkinson's Disease:

What these dementias have in common is the presence of toxic proteins in regions of the brain. These proteins are microscopic granular cell-destroying bodies called Lewy Bodies.

These Lewy Bodies migrate from the outer layer (cortex) of the brain and into the brain stem. They kill off nerve cells that manufacture the mechanism by which the brain co-ordinates movement resulting in the presentation of symptoms of tremor and limb stiffness. As the disease progresses, other symptoms present themselves.

As with all dementia types, the progression of the disease will vary from person to person. Progression will depend on the rate of damage and death of nerve cells in specific locations in the brain of each individual.

As with many dementia types, it can be difficult to attach a specific diagnosis in the early stages. Early diagnosis is important for the management of any major illness; however, Dementia with Lewy Bodies will present with symptoms of cognitive decline and motor difficulties that are similar to Parkinson's Disease Dementia and also Alzheimer's Disease.

An early diagnosis requires a skilled and experienced clinician.

People suffering from Parkinson's Disease present with stiffness in joints and movement, tremor in the limbs. This increases as the disease progresses and Lewy bodies migrate.

There is also a decline in cognitive functioning with attention deficit, difficulty concentrating, reasoning, planning and memory. There is also sleep disturbance. Some of these symptoms are reminiscent of Alzheimer's disease, but they are milder.

Unless medicated, PD sufferers develop a cognitive decline that impacts on coping, manifesting itself in Depression, Anxiety and Psychosis (Hallucinations and Delusions, in particular). This means that the strain on a carer can be immense.

Dementia with Lewy Bodies and Parkinson's Dementia are similar in that they are both thought to be caused by the aforementioned Lewy Bodies (microscopic and toxic alpha synuclein protein granular structures).

For Dementia with Lewy Bodies, the diagnosis is made when the dementia symptoms are present before, at the same time or within a year of the diagnosis of Parkinson's Disease.

Visual hallucinations seem to be a part of Parkinson's Disease without being a dementia because of the interaction between the condition and medication. Delusions, or false and frequently irrational beliefs, are symptomatic of Parkinson's. Delusions can lead to the symptoms of paranoia, which is a psychosis.

Treating these two conditions will require sometimes very strong medication that can cause their own problems.

The initial physical stages of Parkinson's disease - whether it progresses to one of the types of dementia mentioned above or not - is caused when the cells that produce dopamine are killed off.

Dopamine plays a vital role in coordinating movement and coordination, it is the means by which messages between the motor regions of the brain are transmitted. As the disease progresses the amount of dopamine produced is reduced greatly. Less messages for coordination and control are dispatched about the motor regions of the brain. Consequently, the physical symptoms of tremor and limb stiffness become established.

Thought and Memory are considered to arise from the cortex (outer regions) of the brain and it is here that Lewy Bodies (toxic synuclein proteins) tend to proliferate and kill of vital nerve cells. This causes dementia.

As with Dementia with Lewy Bodies, Lewy Bodies in the basal ganglia deep in the brain can be instrumental in causing Parkinson's Disease Dementia.

Vital messages between brain structures are carried along nerve fibres. In addition to the death of nerve cells there is a reduction in the amount of the neurotransmitter, acetylcholine, which normally facilitates transmission of messages between nerve cells. Physical and cognitive changes occur.

There is no cure for Parkinsons Disease Dementia and, consequently, all treatment is directed at managing the symptoms as they arise.

Some of the drugs prescribed for assisting in the management of the symptoms of Parkinson's disease dementia can make the condition worse, especially antipsychotics for the symptoms of delusions and hallucinations.

Some of the drugs prescribed with moderate, yet acceptable, success for Alzheimer's can be successful with Parkinsons Disease Dementia, particularly in seeking to stabilise cognitive decline - if only for a while.

Each person suffers Parkinson's Dementia very personally, which is a bit of a tautology, but it is true. Each person progresses at that very personal rate suffering depression, anxiety, hallucinations, delusions and severe motor problems.

Each symptom is attended specific to that person's particular needs. Some of the medication can be very powerful and consequently requires very close management.