Dementia with Lewy Bodies (DLB) has its own unique set of symptoms and shares a number with both Alzheimer's Disease and Parkinson's Disease. 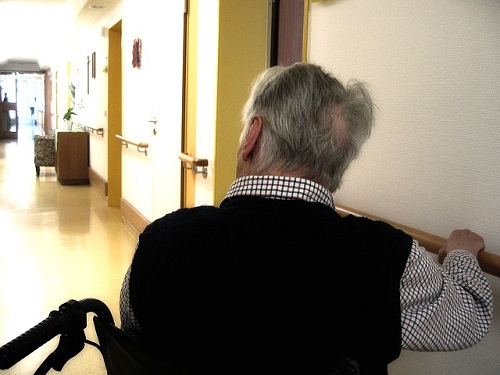 This illness presents with symptoms that are identifiable. The dementia patient suffers from fluctuation levels of awareness, alertness and obvious confusion in the form of delusions and visual hallucinations.

These dementia symptoms can last for extended periods time or pass in a few minutes.  However they manifest themselves, these symptoms can cause great distress – not only for the patient but the carer. There are also problems with movement and tremors that are similar to Parkinsonism.

As the illness progresses common dementia symptoms present themselves: memory loss, difficulty with spatial awareness and a gradual decline in problem solving and mental skills. As with many other of the diseases under discussion Dementia with Lewy Bodies the initial symptoms are subtle at first and difficult to diagnose.

In fact, what instigates the generation of these toxic proteins is not known

More About Symptoms of Dementia with Lewy Bodies

In general terms, Dementia is a consequence of damage to the brain; whether by head injury, heredity, stroke, toxicity of proteins killing off vitally important nerves cells that are the messenger pathways of the brain.

In its earliest stages, it is difficult to ascertain whether the person is suffering from DLB or Parkinson's Disease. The problem that this causes for patients and family carers is that an early diagnosis of any type dementia is vital in allowing the person to use of precious time and mental faculties to make decisions.

In Dementia with Lewy Bodies it is mainly the Alpha Synuclein protein that damages nerve cells when it creates the granular Lewy Bodies.

Parkinson’s Disease is caused by the generation of small round granular protein (alpha-synuclein) clumps in the brain called Lewy Bodies. This is also causal for DLB; hence the similarity in symptoms between both illnesses.

What are Lewy Bodies?

Lewy Bodies were first discovered by Fritz Heinrich Lewy who wrote a scientific paper about them in 1912. The bodies were first identified in studies carried out post-mortem.

The toxicity of the Lewy Bodies cause dementia symptoms similar to Alzheimer's Disease because the areas mainly damaged are related to Memory and the major Cognitive Skills such as planning, decision-making, vision and a fluctuating perception of reality (hallucinations and delusions). You can also add to these symptoms significant damage motor dysfunctions (movement) and tremor common to Parkinson's Disease.

The presence of unusual proteins in the brain intrigued Fritz Heinrich Lewy and others because it was believed that such unexpected chemicals in the brain influenced people’s behaviour. Such biochemistry had been observed earlier for Alzheimer’s Disease.

As mentioned above, Alpha Synuclein seems the most prominent protein impacting on brain causing cognitive and behavioural changes in otherwise normally functioning person. The Lewy Bodies are made up of a number of proteins, including ubiquitin and alpha B crystallin.

Unusual proteins play a common role in many types of dementia.  Tau, which is significant protein in Alzheimer’s Disease, is also found to be present in the formation of Lewy Bodies.

From the latter point it is clear that these alpha synuclein proteins cause both Dementia with Lewy Bodies as well as Parkinson's disease and Parkinson's Disease Dementia.

An early diagnosis is important in differentiating between whether a person is suffering Parkinson's disease or DLB. While the disease is incurable at present medical and non-drug intervention can offer appropriate help with early symptoms of DLB.

Early diagnosis for a sufferer of DLB buys more of the greatest currency we have in our lives – Time. Time to take decisions and make plans.

Neurotransmitters facilitate communication between cells in different parts of the brain. They are vital in transmitting messages across what are called Synaptic Gaps (synapses) between nerve endings.

In DLB, as with Alzheimer’s Disease, the amount of these neurotransmitters in the brain diminishes. However, drugs are available that can increase these neurochemicals. They are known as Cholinesterase Inhibitors and can offer extended relief from some symptoms in the early stages of the dementia.

Drugs have proven to have had a degree of success in dealing with the symptoms of Parkinson’s Disease. Similarly with the Parkinsonian aspects of Dementia with Lewy Bodies.

However, these drugs to increase neurotransmitters activity and help with symptoms of Parkinson’s Disease are powerful and have side-effects. They are not always appropriate. Medication must be tailored for the individual and monitored extremely carefully.

Progress of Dementia with Lewy Bodies?

The location of the Lewy Bodies in the brain defines the dementia.

And while there is a general gathering of common symptoms around this type of dementia, the component of Parkinsonism in the illness relates to Lewy Bodies in the base of the brain.

Again, within this general cluster of symptoms related to this type of dementia, at the heart of all of this is the individual and that individual's experience. Each person has a very personal journey through the illness and drug and non-drug treatment can be designed accordingly.

As with Alzheimer's Disease and most types of dementia, Age is a significant factor. It is not thought that inherited genetic disorders are significant in causing DLB and neither is gender regarded as significant either.  Lifestyle again may be a risk factor.

It is a further tragedy that about a third of people who develop Parkinson's Disease and survive more than ten years will eventually go on to contract dementia - either DLB or Parkinson's Dementia.

As the disease progresses (like Frontotemporal Dementia with its different early stage symptoms) differences in symptoms of individual dementias diminish. The late stages of Parkinson's dementia and Dementia with Lewy Bodies are the same: loss of perception and cognitive skills and significant movement problems.

Although research continues, sadly there is currently no cure for Dementia with Lewy Bodies.