Progressive Supranuclear Palsy is also known as Steel-Richardson-Olszewski Syndrome. PSP is not a dementia, but it can be mistaken for such because of misdiagnosis. 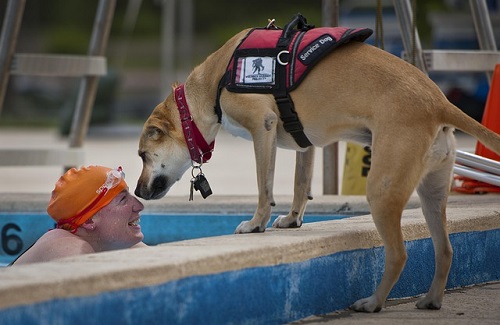 Friendship and Support in Disability

Progressive Supranuclear Palsy seems a complicated name, yet as with all diseases it is a scientific descriptor.

About 4,000 people in the United Kingdom suffer from progressive Supranuclear Palsy and people are generally over sixty when they develop the condition. It has been estimated that worldwide approximately 20,000 people have PSP.

One of the first symptoms of PSP to present is that person will experience problems with their balance and tend to become unstable on their feet and fall over. Frequently a person with PSP will fall backwards because of a stiffened vertical posture induced by the condition.

Although, each person can present with varying symptoms, what is regarded as moving clinicians to an appropriate diagnosis after the frequent falls are problems with blurring vision and loss of control of eye movements.

Other physical symptoms include stiffness of limbs and problems with the coordination in mobility. These can be confused with Parkinson's Disease and cognitive deficits possibly lead to a misdiagnosis of Parkinson's Disease Dementia, Alzheimer's Disease or even be symptomatic of Frontotemporal Dementia.

PSP is a known as a Sporadic disease because it seems to occur by chance. In some families there is a very, very rare possibility of inheriting a damaged gene. However, it is generally thought to be a spontaneous occurrence and not an inherited genetic disorder. The reason for this happening is not known, yet investigating scientists believe they are narrowing down the wide field of possible causes.

As written above, the symptoms of PSP vary widely because of the differing locations in the brain that are killed off by the clusters of tau proteins. However, one of the first indicative symptoms of Progressive Supranuclear Palsy that directs a clinician's attention to an appropriate diagnosis is gait and instability: the person falls over frequently.

NB Tremor is rarely present in PSP as it is in Parkinson's Disease. This is an useful indicator for diagnosis.

There are no specific lab tests for PSP and so diagnosis comes down to the knowledge and experience of clinicians. Because of the individualised damage caused by the mechanism of the tau protein, different areas are damaged in patients suffering from Progressive Supranuclear Palsy.

In many illnesses, such as cancer or heart conditions clinicians perform blood tests or lumbar punctures searching for what are known as biomarkers. A biomarker is a chemical or biological indicator that identities the condition.  No biomarker has been specifically identified for PSP.

A biomarker would identify PSP earlier and would present the opportunity not only for clinical intervention, but could also reveal a possible mechanism responsible for the change in the tau protein. Identifying such a bio marker might assist in discovering treatments. Research work continues in this vitally important field.

Consequently, there are a wide variety of symptoms presented. Some of which, individually, bear a striking resemblance to Frontotemporal Dementia and Alzheimer's Disease.

Also, there is a component of its cause, the tau protein that is common to a number of neurodegenerative diseases such as Corticobasal Degeneration (CBD) and Frontotemporal Dementia (FTD).  Diagnosis will depend on clinicians establishing a diagnosis by determining the overall pattern of the individual's symptoms and dismissing other possible diagnoses.

This is why it is difficult to accurately diagnose the disease early on for appropriate clinical intervention and benefit.

In some circumstances a gradual shrinking in the top of the brain stem may be revealed by a series of MRI (Magnetic Resonance Imagery).

Cause of Progressive Supranuclear Palsy

PSP is known as an Atypical Parkinson's disorder. It is a neurodegenerative disease.

Parkinson's Disease Dementia is caused by a breakdown in the proper functioning of alpha synuclein proteins. It is these different proteins that distinguish these Typical and Atypical diseases at a biological level.

The mechanism which causes the mutation in the behaviour of tau is not known, other than a defective gene is probably responsible. The mutation of gene called MAPT has identified as potentially significant in a number of cases.

MAPT is Microtubule Associated to Protein Tau. As was mentioned above, inheritance of PSP is very rare indeed. However, children of parents with a known MAPT mutation have a 50% chance of developing Progressive Supranuclear Palsy, or even Frontotemporal Dementia.

The mechanism by which tau becomes a problem in the brain and causes different types of dementia is suspected, but not known. However, because of the tau, they are also know a tauopathies. Tau plays an important role in the normal functioning and metabolism of normal messenger brain cell activity, but generally does not reach a toxic volume because it naturally breaks down. It is thought that a specific genetic disorder causes the faulty tau protein to proliferate.

It is a progressive disease, and although not life-threatening in itself, it is most certainly life-limiting because of the wide variety of symptoms. However, for PSP itself there is currently no cure.

As with all types of dementia, the condition in its later stages will render the patient vulnerable to illnesses such as pneumonia, which are the main cause of death

While research continues to seek a cure for PSP or at least a means by slowing down the progress, all treatment is directed specifically at alleviating the impact of the physical, visual and cognitive symptoms.

Because of a number of similarities between Parkinson's Disease and Progressive Supranuclear Palsy, the drug levodopa - which is successful in treating patients with Parkinson's - has been employed with PSP. The benefits it turns out have been minimal and very short-lived.

For the research team that comes up with a medication that works as well as levodopa, there is potentially great fame because there appears to be overlapping pathologies between PSP, Corticobasal Degeneration.

While the mechanisms underpinning this relationship is not known, it nonetheless exists. Specific cures and helpful drugs are often found by indirect routes.

Current treatments are for the individual symptoms as they are presented, or anticipated.

Therefore, management of the PSP patient's condition is of vital importance. With appropriate care and symptom management those who suffer from Progressive Supranuclear Palsy can live beyond their 70s.

Research: The Association for Frontotemporal Degeneration