Alcohol Related Brain Damage is not a dementia. That doesn't mean that we can carry on drinking with impunity because we know by now that excessive drinking is one of the risk factors related to dementia.

While many of the effects of ARBD in heavy drinkers can be reversed by medical intervention and counselling support, should ARBD progress to dementia then there is no cure at all. 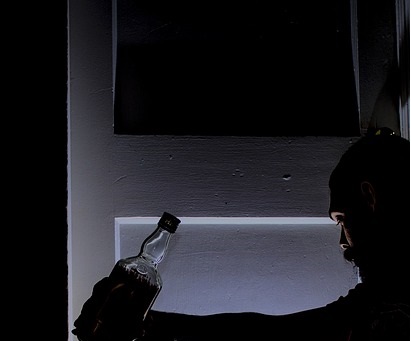 Part of my journey as a dementia carer.

Dementia is caused by injury to the brain and dementia is irreversible. Alcohol Related Brain Damage is thought to be responsible for as much as 10% of dementia in people below the age of 65 years.  Most people who drink to damaging excess are in their 40s and 50s.

In general terms persistent memory deficits of Alcoholism are regarded as being indicative of dementias. One of the early signs of Alzheimer's is memory, as it is for Mild Cognitive Impairment (MCI), which can be a pre-dementia indicator.

Although it is male culture that we regard to primarily revolve around excessive drinking, women will be affected more than men. The effects of excessive drinking impacts on the female brain and physiology occurs quicker and thereby the consequent risk of developing ARBD or dementia.

Among the ARBD types are:

Drinking excessively over a number of years will inevitably cause brain damage.

Caught early enough, drinking related brain injury can be stopped and, in some cases at least, can be reversed. If the condition is left long enough without treatment shrinking of brain structures will result. When structures of the brain are damaged, then early symptoms similar to dementia will appear.

Making an objective diagnosis on the cause of cognitive changes or seeking an explanation for the cause of what appear to be the symptoms of dementia is vitally important.

Serious drinkers run a very serious risk of cirrhosis of the liver, increased levels of cholesterol and high blood pressure. Those two latter conditions can cause vascular damage and the risk of suffering strokes, which will kill if areas of the brain causing Vascular Dementia and its accompanying symptoms of dementia.

Excessive drinking will cause brain damage. It is the frontal structures of the brain that are most damaged in serious drinkers and causes related brain damage.

The frontal lobes of the brain is principally the area of the brain that facilitates thinking skills essential to objectivity in dealing with motivation, planning, decision-making and social behaviour.

Clinical potential signs of dementia can be masked by drunkenness.

The symptoms of ARBD are difficult to differentiate from the early signs of dementia unless certain tests are carried out. For instance, brain scans to identify any potential damage to brain tissue by toxic proteins, signs of strokes or blood vessel disease.

Long term excessive drinking will present with symptoms arising from the damage to white brain matter. White brain matter functions to facilitate communication of sensory, motor and cognitive information across the brain’s regions.

Should the person presenting with the signs of dementia stop drinking it will take a number of weeks before the toxic effects fade away and reveal any improvement. If there is an improvement then it is possible to decide the specific diagnosis.

If the symptoms of ARBD do not improve after medical intervention then this is a worrying indicator that the early signs of dementia are just that.

A dementia test may be carried out if there is no improvement. This will include interviews with the alcoholic about habits, nutrition and family history. Talking with family or friends will broaden the integrity of such tests.

Brain scans will highlight if there is brain damage a vascular level. Blood tests will identify if there are know brain-toxic proteins present.

Thiamine (vitamin B1) deficiency is regarded as the principle factor in causing ARBD in excessive drinkers. Alcohol impacts drastically on the body's ability to process and retain Vitamin B1 Thiamine and other vitally important nutrients.

It would not be an exaggeration to state that large parts of the adult population in many countries drink. Most drinking is moderate; however, there is great concern that many people who drink to excess do not do so in social situations, such as pubs or restaurants, but at home in front of the television and generally to excess on a regular basis.

Drinking excessive amounts on a regular basis for a long period time will cause injury to the brain and the person will present with symptoms such as short term memory deficit and general reasoning skills.

A person can become an addict as a result of the habituation and consequent dependency.

Abstinence is the only true cure to Alcohol Related Brain Damage and reducing the risk of developing one of the different types of dementia.

If the symptoms of ARBD do not improve after medical intervention then this is a worrying indicator that the early signs of dementia are just that. If it is dementia, then it is irreversible.

The serious Thiamine deficiency caused by excessive drinking must be addressed. Drinkers who do not present with the early signs of dementia can have the condition reversed to varying degrees by infusions of Thiamine (vitamin B).

The treatment must be accompanied by psychological counselling to reduce the risk of relapse and inevitable ARBD and/or dementias.