Dementia Diary Day 14
Buying Women’s Underwear Can Be Bad
For Your Reputation.

Dementia makes liars of us all and my Tummy Conscience was back with a vengeance today.

When you live your life according to an idea that is contrary to what you learned in the family then it will eventually damage you. Living like this, contrary to your conscience will inevitably cause serious illness. Killing yourself through kindness in my case, I suppose.  Kindness to others and not to myself.

And it’s alright to lie. There are plenty of circumstances when lying is alright. Dear Lord! It hurts, and it is doing injury to every part of my poor and inadequate Soul.

It is called Cognitive Dissonance. Every time you act contrary to who you are, you feel unwell and that’s because the pre-emptive Tummy Conscience comes into play. A tension manifests itself as a heavy feeling in your tummy and, for me, if it persists too long my face begins to hurt. 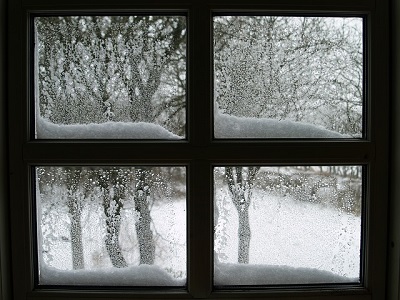 It's a Sunny Day

Tonight, my face really hurts. I am exhausted by all the lying I've had to do over the past three or four years. I have denied to Mam that there was anything wrong with her. We’re just getting old, I keep telling her.

Mam never asked me What is dementia? I have never told Mam she is suffering from vascular dementia or talked about diagnosing dementia. In the early days of Mam’s illness, it did cross my mind to speak of it, but I never did. I didn’t have the strength to confront the reality of her illness myself. It was the end of a beautiful and talented mind. There is no cure for any of the types of dementia. Any of it. So why add to her distress?

Are people who know they have one of the dementias more settled as they progress through the bastard disease?

Feel free to brief me on that. There’s a contact form at the bottom of this page.

So, as families we marshal our strength and gird our loins. Or look away? This is a cruel thing to say but Mam’s physical strength and will to fight has been a curse for her. Selfishly, it has been a curse for me. As Mam’s mind has dissociated itself from her memories, the body has persisted. It is struggling now. However, almost everyone in turn is surprised to learn that she is ninety-two years of age and looks warm and beautiful on occasion despite the ravages of the disease.

Mam is in the later stages of her disease, but not yet at end stage dementia. Bitter-sweetly, of both cruelty and kindness, I wish Mam would die in her sleep. I know that even though I cannot carry on I will carry on. I will support her and be there for her. I am not a Mammy’s Boy, by the way. Far from it, I am just the family idiot who didn’t have the strength to walk away and leave her entirely in the care of strangers who would become her family.

Thinking Too Much Is Bad For You

Janine is exhausting today and consumed by the numbers Two and One.

I was talking with Mary’s granddaughter and was surprised to learn that despite her Lancashire lilt, she had lived locally before entering this dementia care home. I learned that Mary was an astonishing pie-maker, thrown-pies. Or was it raised-pies?

Pies as a cover for Mafia activities? Can you launder money with pies?

Both Mary and Sofia wear ankle-high moccasin-type slippers that I would love to buy for Mam. I neither have time nor opportunity to go search.

My face was hurting and my tummy tumbling. I was beyond exhaustion and making the fatal mistake of over-thinking things. I concluded a long time ago that Thinking Too Much Is Bad For You, mainly because you always have an Object - as Freud would have it. I used to overthink relationships and project to a point when that relationship would fail. Problem with that being that it can become an expectation you unconsciously work to achieve. God! I am thick!

Those relationships over-thinking did at least have an alternative outcome if the other person wanted the relationship to work. Here, in this dementia care home, there is no alternative outcome possible. Mam’s Mixed Dementia (Vascular & Alzheimer's Disease) will continue to deteriorate until she develops a chest infection or Coronary Obstructive Pulmonary Disease. Then, she will be gone. From Madness, through Pain and into Eternal Peace.

Do you consider me cold and heartless when I have this hope that Mam will just slip away in her sleep?

Buying Women’s Underwear Can Be Bad for Your Reputation.

I cried last night. I never cry. I don’t know why I cried. It was unexpected, but I cried. Maybe it was the fourth bottle of beer that made the almost impenetrable fortifications tumble. They say that crying clears you of sad emotion. I felt worse afterwards.

My friend tells me that Desolation is a sin in Catholicism. Crying and Desolation leaves you somewhere far worse. Thankfully, I fell asleep quickly and did not have to overthink that.

This week, I bought two pairs of trousers and underwear for Mam; I achieved this under the usual strict time constraints and did take the time to buy nice things. There was mild amusement in the shop as I asked questions about women’s underwear. The time I bought two nightdresses was even funnier.

I wanna go home, Janine tells me, putting tonight’s numbers aside for a moment.

Like Mam, Janine no longer knows where home is. I suspect that she now considers home to be the attention and kindness of people. Her daughter comes to see her every day although she never remembers, saying that her daughter never visits.

Mam was sleeping in her usual armchair when I arrived and that was fine for a while, because it meant less immediate distress for me. I must be really tired if I am thinking like this. This is appalling behaviour by me.  There seems to be a constant battle between Guilt for not doing enough and Shame that I sometimes sit next to Mam hoping it will be over soon and I can get on with my life. I love my Mam.

I am surrounded by patients suffering an individual or a combination of dementias and I now regard them as friends and as essential distractions in my day. Being busy, chatting and helping when I can, even just making tea, usually lifts my mood. Not tonight. My face hurts and I feel an overwhelming sense of guilt for something over which I have no control.

I tried to get Mam to attend to what we were talking about, knowing that later on she would wake up, right about the time when I would need to leave. That’s when I would switch on to Lying Bastard mode. Tonight, I said I was going to do the lottery. I left about 7:45 because I was dead on my feet.

Leaving this early leaves me with a unique problem though.  If I leave early, I do not know what to do with myself because this is all I do. There is always if course the hell of work. Many dementia carers or just full-time carers for people suffering long-term illnesses or types of dementia discover that their society falls away and they live very isolated lives.

I don’t want to be reminded of how alone I am.

I have learned to achieve so much in half-hour units of time, but give me two hours and I am lost. I just don’t know what to do with myself.

That is, I don't know what to do with myself until it’s time to reach for a bottle of beer and to smoke.