I love these dementia patients and I most certainly am not being cruel, and neither am I being silly. BUT it’s a Full Moon tonight and I was anticipating some individual odd behaviour in the dementia ward.

It might seem ridiculous to some readers that an object one quarter of a million miles, the Full Moon tonight has an impact on the behaviour of people. Nature is powerful because of its subtlety.

I know that imminent changes in weather had an impact on my cats and those of a friend. With my cats you didn’t need a barometer to tell you that the air pressure was dropping or bother looking for cows lying down in the fields to tell you it was going to rain.

The cats would be fighting or having a Mad Half Hour rushing about the place. My friend’s cat used to lick the floor after she had bleached it, though that had nothing to do with the weather. She was just daft. 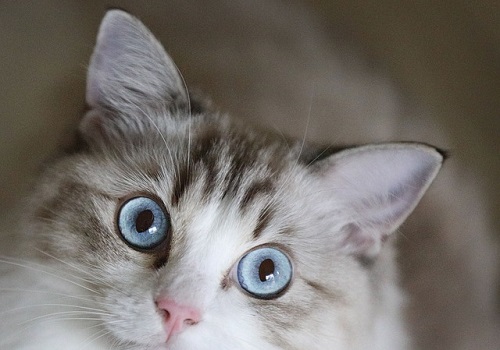 Can't a Cat Look at a Queen?

Simply put, our behaviour is influenced subtly by the world and objects in its orbit. There are those days when the traffic is exceptionally bad, when everyone is late or in a bad mood. We react collectively to our environment.

We even veer a miniscule degree to one side or other when we walk through a door frame: it’s called diffraction and all particles do it. I once solved an equation proving this.

Of course, that was when I used to be clever.

Be Afraid. Be VERY Afraid

I rarely see Charles during my visits because he spends a great deal of time in his room. Well, this evening Charles, who is clearly a man who once held authority, was swearing like a trooper and swinging his arms around very aggressively at any carer who was silly enough to come and try to calm him down.

June and Michelle pretended to be offended by his bad language, but Charles was intent on raging against the world and anyone who might be its representative. The ladies gave up in the end since it was having no effect and they went back to their notes.

Gwendolen stared dangerously at us with those deep, black shark eyes that supplant her easy nature now and then. For the last forty minutes or so of the evening I kept a wary eye on her. I was also keeping an even warier eye on the plastic tumbler of orange juice she was smacking down threateningly on tables.

Again, like Charles, it augured a disaster for anyone who dared to interfere.

Are We the Only Sane People In the Dementia Home?

On reflection, I suppose it was curious that Gwendolen and Charles were mainly directing their rage at those of us not suffering from dementia. We could probably read a lot into that; however, Alzheimer’s diseases, Vascular or Mixed Dementia, Parkinsonian and all other types of dementia all present themselves differently and specific to the individual personality affected.

We all like to believe that our loved one is in there and maybe Gwendolen and Charles were raging against us because we refused to understand what they were saying.

Has the whole world gone mad? Am I the only one-eyed person in a world of the blind?

Not unusual for her, Sofia was on fast forward cup stealing duty. She came up to me a few times and leaned into me for a hug – always available on demand and imbued with love.

Margret had bagged Mam's heavy brown throw, wrapping it around herself and saying that she was sure it wasn't hers. I told her Mam said it was alright for her to use it. Thank you, she said and smiled at Mam who returned the smile.

Can’t a Cat Look at a Queen?

Most of the carers had that shock-eyed look of sheer exhaustion on their faces and so were very thankful when I said I was off to make Mam a cuppa. I now know how to make tea for around a dozen people, to each of their exacting standards, AND bring it to them hot.

What continues to amaze is that even though the dementia carers are all clearly tired after a solid twelve-hour shift they will always get up to help their wards.

In the kitchen, Mike was washing the dishes and we had a chat about gardening and sharing tips with each other. I advised him on taking basal cuttings from perennial plants and he me on which cartridge bore I should use to shoot the rabbits.

Natasha was on duty - the new Romanian care assistant - looking bloody gorgeous. She came up to the galley kitchen to ask Mike something and smiled at me. After she left, he noticed me checking out her walking technique with fascination, he laughed out aloud and rolled his eyes.

There were a few of those mildly embarrassing moments this evening when she caught me looking at her. Hey! Can’t a cat look at a Queen?

I think that Natasha likes me because I help and give affection willingly. Absolutely no bloody chance of a date there then.

Poor Robert was like a zombie this evening: inert and barely able to move. He was leaning heavily against the door to his room when I brought him his cup of tea and small pot of sugar and spoon.  Robert will only drink his tea if he can put his own sugar in it and then he stirs for ages.

Robert explained to me that he had been trying to get hold of the railway station so that he could tell them he was too unwell to go on duty. I assured him I'd call the inspector and explain everything and in the meantime why didn’t he come and sit down at the table to drink his tea. Was he an ex-Transport Policeman, I wondered?

I went back up to pick up my own strong coffee and before I went to sit with Mam I lied to Michael that the inspector said it was okay and understood entirely and that he should not worry. He should get better first.

Every time I went to bring back the cups of teas and coffees my mother would get up and come looking for me, shouting my name. Mam was very much on edge and felt cold. It must be because of the pain in her arthritic knees. I had to rush to make sure that everyone who wanted a cuppa had one before she rose again.

Mam had fallen today and hit her head. Mike told me that he had got the agency nurse to check her out and everything seemed fine. Mam seemed no worse off for the accident and didn’t mention it. She was far more concerned over her knees and I reassured her all the time that I would get tablets for her.

Bless Michelle who went out to look for the agency nurse.  As a mark of gratitude, I later got her into trouble with Margaret, saying that she would be the one to take her out for a ciggie.

In Mam’s previous care home - where she broke her leg twice - one of the dementia patients received a glass of whiskey every night as he had always done at home. It settled him for the night and he was no trouble.

I brought in a bottle of sherry for Mam and two dementia patients in the previous care home to sip before going to bed. If it kept Margaret happy to have a cigarette, then so be it.

It was very raucous with Charles threatening everyone and Gwendolen intimidating us with a tumbler of orange juice. Mary got into trouble again with Margaret trying to tell her what to do and physically interfering when Margaret rose slowly to her Zimmer walking frame. Margaret was having none of it and shouted at Mary to 'Bugger Off!' in no uncertain terms

I can well imagine that Mary was a bit of a control freak in her day and a terror. Margaret is more than a match for her.

Hang on a minute! Is Mary’s Mafia contract on Margaret?

Postscript: A Mad Half Hour

Today, I managed to cut the grass and do some grocery shopping and by now I am exhausted and hope that when I start falling asleep watching the BBC iPlayer later that I have the common sense to go to bed for a change. Guess the odds on that happening.

I still haven't heard from my brother asking him whether I could pass on his details to the utility companies. I must stress that we are both legally bound to do this, or we will both get into trouble with the law and face prosecution for mismanaging the finances of a dementia patient. We have no choice, or we will have to sell the house.

I forgot to mention that there was a particularly nutty period where Margaret and I just watched the chaos around us. She turned to me and asked what was going on and I said it was a Mad Half Hour. She loved that. Mad Half Hour, she repeated the words and smiled.

I really like it when Margaret awards me with a conspiratorial wink.

Margaret is definitely with you in the moment - one hundred percent - and with her instinctive intelligence intact. The memory loss is her downfall.

We both of us agreed that our memories were not that good these days and I tell her that I keep walking into rooms not remembering what the hell I came in for.

Damn the ruddy buses being late again! we both agreed.