I wonder sometimes whether we are all suffering from dementia. At least, to a degree. We all suffer from memory loss when under stress. We all become frustrated by losing autonomy and do not always need alcohol or other substances to become irrational.

I see so many similarities in my own behaviour and outlook to that of the patients with all manner of types of dementia that I have been among for such a long time now.

There again, maybe it's just another example of how a person becomes shaped by his or her immediate environment. 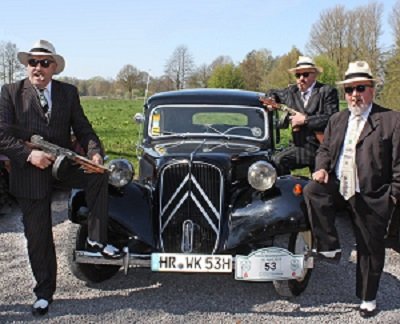 I don’t know the diagnosis of any of the dementia patients in the ward. Occasionally, I am so tired that I will just sit there and watch the residents and sort of try and define the more extreme shifts in mood and behaviour.

I don’t think there’s a single individual who at one time or other hasn’t exhibited behaviours of gentleness, amusement, frustration and anger. There is only one dementia patient who has demonstrated a frequent and determined will toward violence. And she’s a lady.

Robert can become very angry on now and then and from sheer frustration has kicked someone and pushed him over. And there was a coldness to him when he did it. I saw it and intervened. Some of you might find it curious that I was able to rationalise with him, but I did.

I believe that it is the loss of autonomy, loss of memory and a sense of being incarcerated that injures Robert most. There is an equality between men and women in exhibiting this frustration and aggression. It is typical of the types of dementia I have encountered thus far.

Most of the patients in the dementia ward, women predominantly, tend to move in a world where hallucination is their medium of traversing their daily existence. The memory loss seems to protect them. Each in turn seems to be waiting for the doctor to tell them they are better so that they can go home. Most of all Margaret. And she keeps asking and accepting that Tomorrow Morning she will be going home.

Gwendolen sleeps a great deal during the day and is in high-functioning mode at night, banging her slipper against the window and berating some imagined person she sees outside two floors down. Not necessarily banging her own slipper, but anyone else’s she has hi-jacked on her endless wanderings up and down the corridor.

Gwendolen’s hallucination and delusions appear short-lived. There is always a purpose to her wanderings. It lasts until the end of the corridor, then another appears, and she is off again. Like Mam, her main preoccupation is getting home to cook for her children. There is always a purpose to all actions, which is fundamental to all humans not suffering chronic depression.

Mam is always concerned that she hasn’t seen me eat. I have since been encouraged to grab a plateful of food every time the food trolley, which satisfies Mam; although she does slip food from her plate and onto mine. It is sweet, and Mam is satisfied and At Home.

Whether the patients are suffering from Vascular Dementia, Alzheimer’s Disease, Mixed Dementia , each person has his or her own variability in normal human behaviour. The behaviour may be subtle or strong and yet I choose – or accept – that this remains mostly normal human behaviour, just exaggerated.

No Parkinsonian Dementia, Lewy Bodies or any of the lesser identifiable and rarer dementia types. However, I do see the effects of Alcohol Related Brain Damage every now and then in my work. And, in my own life.

It is the role of the dementia caregivers and nurses to manage the day for the patient so that they are as active as they can be and find calmness even in the most unlikely activity.

Watching someone being distressed and deaf to reason is very upsetting. Even for the most experienced of carers.

Janine asked me: Can I live with you?

Of course, you can, I answered. I have plenty of rooms. You’ll have to help in the garden, though. Are you any good at shooting rabbits?

Mary was seated at the lounge table and inspecting her enlarged hand. I’ve learned not to say anything that would disturb a fascination or behaviour. So, I just watch her, fascinated myself.

Robert had come out of his room, his face quite placid. He shuffled across to where Margaret was sat waiting for someone to take her out on a balcony for a smoke. Robert leaned over just a bit too close and mumbled something to her. She looked up at him and her face contorted in irritation.

I can't hear a bloody word you're saying. Margaret is above all profoundly deaf and one has to lean in close to ask her the most basic of questions: Do you want to go to the toilet? Do you want a cup of tea? Shall we go and change?

Even though Margaret is very deaf she hates people leaning in on her. She dismisses Robert with a wave of her hand. Robert was himself irritated and puzzled by the response. Heaven knows what he asked her, but to him it was important.

Margaret ignores him and smiles across to me to thank for the tea I had brought her a few minutes earlier.

Gwendolen was up and about by the time I arrived this evening and in a reasonably good mood. She sat with us at the table all evening and had been very nice to me. I think Gwendolen has Vascular dementia like Mam; maybe small vessel disease and not strokes because there has been no sudden deterioration in her health, but she does speak in incoherent sentences that sometime really baffle me and she will berate me. Not tonight.

Mam reacts with anger when she doesn’t want to accommodate the carers requests. Gwendolen moves away from them or stares at them from behind black evil eyes. The staff step back when they see these black eyes because she will thump them very hard.

Dementia is Making Me Desperately Unwell

The atmosphere among the dementia carers was a bit strained this evening. I would normally inquire about what is upsetting them, however, I was very, very tired and did not have the strength to share or endure the pains of others. I don't know what has happened. Probably management mess up again. A few too many of them these days and usually to do with money or looking to reduce some service or other to the dementia patients.

Because of her wheezy chest Mam is on six steroid tablets and not sleepy and I knew it would be very difficult for me to leave. Even though tired, I wait as patiently and hopeful as I can for an appropriate opportunity. It's sad just waiting for an opportunity to leave your mother alone.

No matter how I depart, there is no kindness in it for Mam, because I now know that she will be upset and call my name for a long time after I leave until she is too exhausted to stay awake.

There is a price for those evenings when you have no problem leaving and that is tonight. Mam was agitated and so full of anger she wanted to scream. She was shouting very loudly when I arrived and I am sure had been getting on the nerves of the carers and I can't blame them. It is impossible to be saintly all the time. I made tea and shared the sweets with them in gratefulness.

I just had to leave. The night shift had been in for a while and I just threw out a blatant lie that I knew would collapse within minutes. I just kept going and rushed to my car before I could hear the screaming and shouting for me.

I put the radio on hoping for some hard rock but instead got some nasal yodeller singing crap pop on every channel.

If you find yourself obliged to think about placing a loved one in a care home, then it is important that you research dementia care homes.

I Don’t Do Drugs

I met Mark B in the local Spar. I go there every night for a few bottles of beer and the usual packet of cigars. Like the carers in Mam’s home - and especially after evenings like the one just gone - I need bigger counter hits after bad days. There is nothing moderate about how I live my life these days.

All I can say in my defence is at least be grateful I don’t do drugs. Amusingly, I was sat in the office one day and the conversation was about local druggies and everyone laughed at me because I said I didn’t have a clue where to get any. Be reassured that I don’t have the slightest interest in that rubbish.

Mark is a brilliant bloke and it seems to be our destiny to come across each other every eighteen months or so. We always meet well. Tonight, the conversation was about good beer. He saw the bottle of Old Peculiar beer I held.

We talked about where in Britain we had had good beer. Me, Norwich and Burton-on-Trent. He, Harwich and Lanarkshire; both places where he had worked fitting equipment on production lines. We compared notes and beer until it was ten. A pleasantness that will last until the next time. Really well met.

Postscript: There’s Definitely a Mafia Contract on Someone

Everyone’s mood gradually got worse. Sofia was determined to steal Mary’s cup of tea. Sofia’s small thin frame was rigid with determination and she was fixated on her intention. It took a while to move her way. Sofia only had one thing on her mind and that was that cup and she kept circling.

Sofia had crossed with the ex-Mafia hit-woman. I anticipate an ‘accident’.

Odds on really, despite the best of care and focus of carers people do fall over in dementia care homes regularly because of the mobility problems caused by the type of disease. Staff suspect Mary of being a pusher, but no-one has ever seen her do it.

Now, that’s a professional for you.